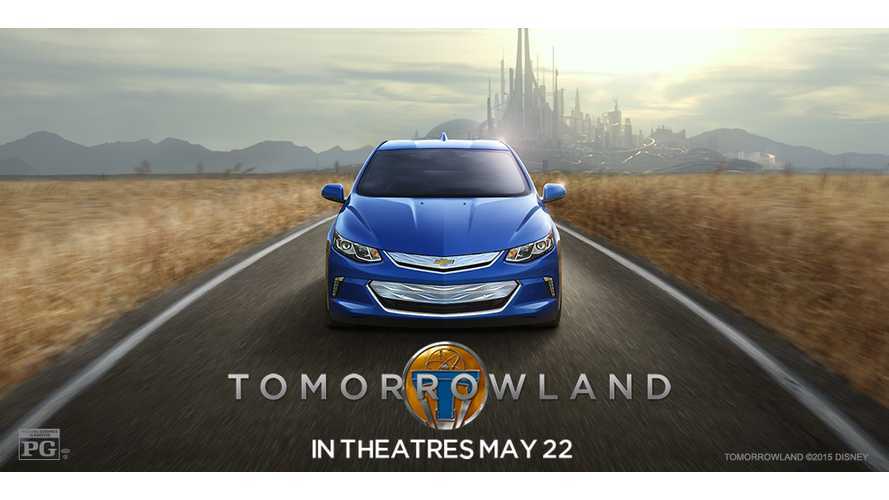 Disney's Tomorrowland will debut in theaters on May 22.  The film's debut marks the beginning of General Motors advertising the 2016 Chevrolet Volt.

The new Volt's placement in the movie makes sense to us as its a futuristic film where every action changes the world and the film's stars forever:

"From Disney comes two-time Oscar® winner Brad Bird’s “Tomorrowland,” a riveting mystery adventure starring Academy Award® winner George Clooney. Bound by a shared destiny, former boy-genius Frank (Clooney), jaded by disillusionment, and Casey (Britt Robertson), a bright, optimistic teen bursting with scientific curiosity, embark on a danger-filled mission to unearth the secrets of an enigmatic place somewhere in time and space known only as “Tomorrowland.” What they must do there changes the world—and them—forever."

Meanwhile, over on the Chevrolet Volt Facebook page we found this:

Only the best and the brightest drive Volts…and your achievements impress us everyday! Share your best Volt Victory for a chance at a Disney's Tomorrowland surprise…