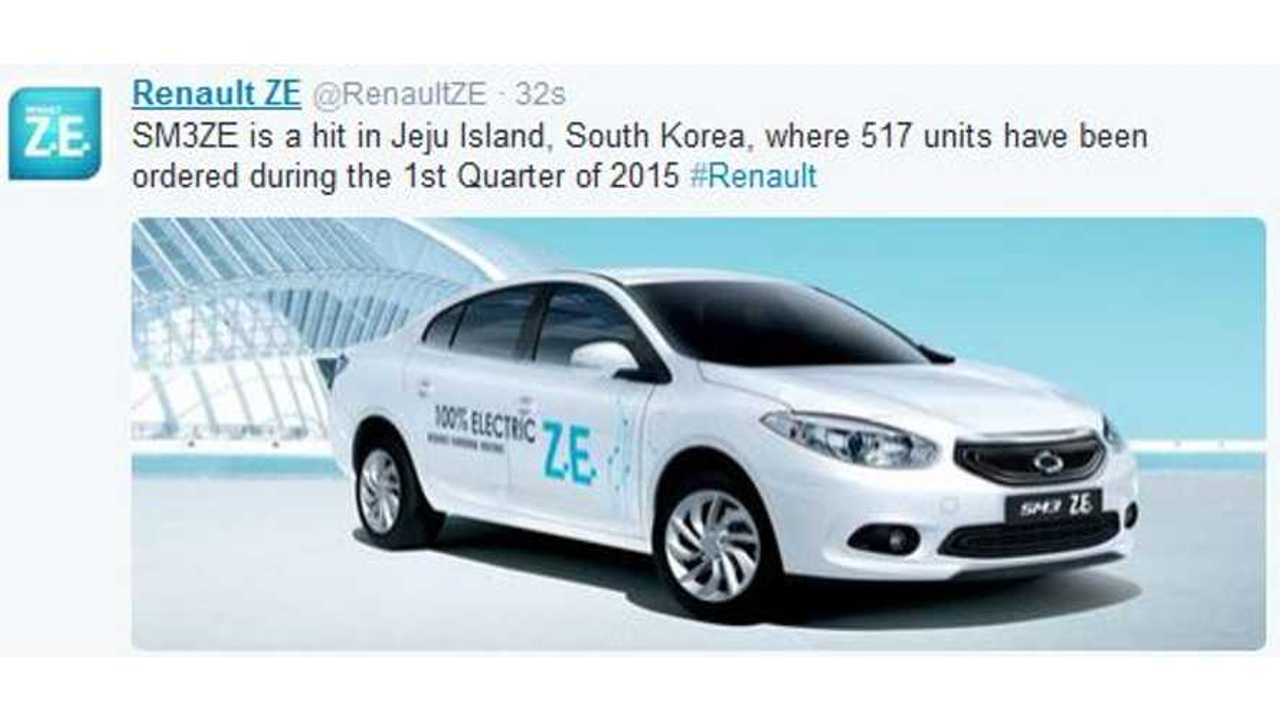 With a goal of 50,000 electric vehicles on its roads by the end of 2017, Jeju Island aims to be Asia's electric car capital.

50,000 is a big number, so getting there will require a lot of effort, but judging by this response to the Renault Samsaung SM3ZE launch, we'd say that the residents of Jeju Island are showing strong support for electric cars.

According to Renault, 517 orders for the SM3ZE were placed by residents of Jeju in Q1 2015.

Jeju Island's electric car goals/plans have been discussed several times by us, so if you'd like some more background info on Jeju's EV-related doings, click here.