Exclusive: New Chevrolet Spark To Debut In NY, Spark EV Not Renewed - But Still Lives On 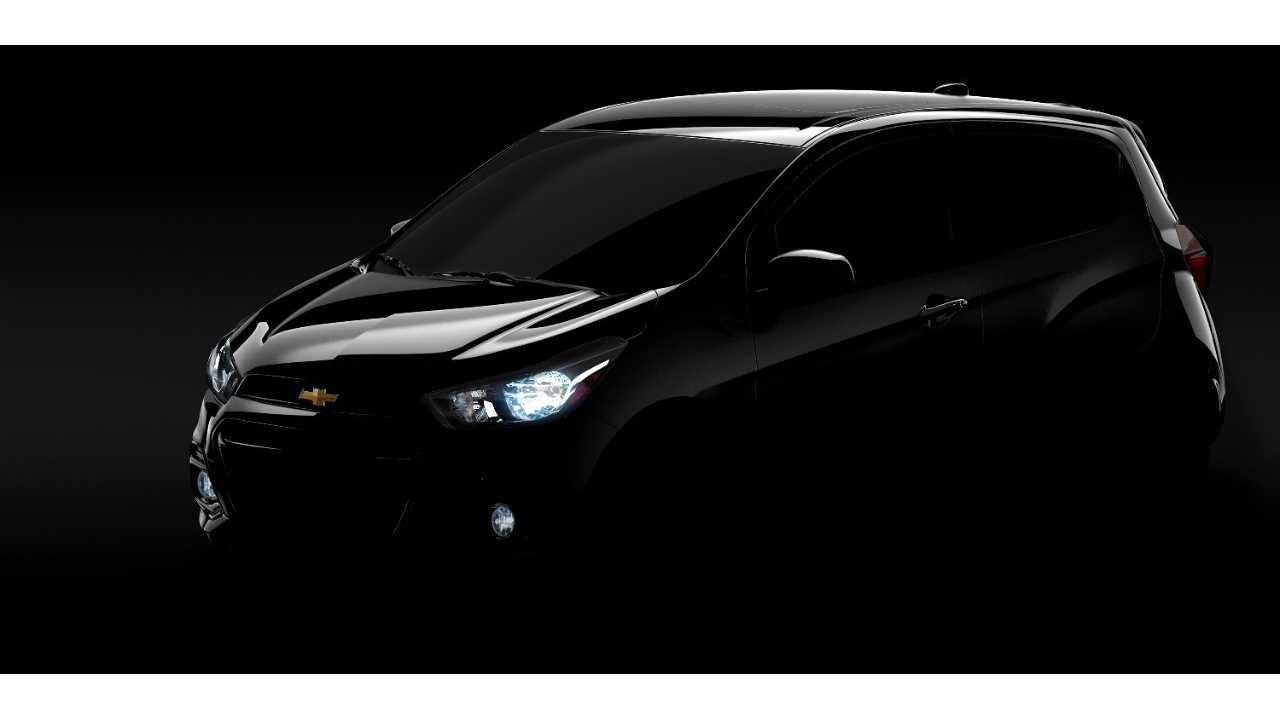 The all-new 2016 Chevy Spark (teaser image above) will make its world debut at the New York Auto Show on April 2.

Which led us to an obvious question; what will become of the Spark EV?  Will it be part of the next generation of Spark alongside the petrol car?

Just last week, General Motors President of North America, Alan Batey said that the 82 mile EV would remain in Chevy's lineup for awhile longer, but we had assumed that the Spark EV would just play out the string until the arrival of GM's 200 mile Bolt in late 2017.

Have plans already changed with a refreshed Spark coming to dealerships this fall?

Our quick check of internal production schedules at GM showed that the Spark EV was still in production, with the 2016 model reportedly beginning assembly in August, however there was no firm dates for the renewed petrol version of the Spark (full GM release on the ICE version's refreshed debut below).

Was this just a quirk in the system?  Was the Spark EV really going into next-gen guise?  To the phones!

It turns out two things can be true at the same time.  Much like what is happening at Daimler with the next generation of the smart ForTwo and the current smart ForTwo ED, the new gas version of the Spark will be produced concurrent with the existing Spark EV at separate assembly locations...at least for model year 2016.

A General Motors' spokesperson released the following statement to InsideEVs on the status of the Spark EV:

"The Next-Generation Spark to be unveiled during the 2015 New York Auto Show is an all-new vehicle and will only be offered with an internal combustion engine.

The Spark EV will continue on the current generation Spark platform until its already scheduled end of production.  We will not provide any additional details on timing of a replacement at this time."

Using our OEM-decoder ring, we assume this to mean that the Spark EV will be built out later this year as a 2016 model year vehicle, to the quantities that GM believes will get them relatively close to launching the all-new Chevrolet Bolt.

A Spark of Sophistication

The all-new 2016 Spark will debut on April 2 at the Seoul and New York auto shows, Chevrolet announced today.

A sleeker, more aerodynamic profile and a progressive take on Chevrolet’s signature design cues will give the redesigned Spark a more sophisticated aesthetic that reflects the changing tastes of the global minicar market.

“The new Spark’s design has evolved and grown up with the segment,” said Michael Simcoe, GM International vice president of Design. “The youthful whimsy of the original Spark is still in its genes, but it is conveyed in more traditional proportions that reinforce the customer’s refined expectations.”

Chevrolet has sold more than 1.1 million Sparks around the world since it went on sale as the Beat in India in late 2009. Today, the Spark is available in 71 markets worldwide, selling the most in South Korea, followed by the United States and Mexico.

Spark is attracting younger and first-time new car buyers to Chevrolet with 26 percent being under the age of 35, and 35% reporting that Spark was their first new car.