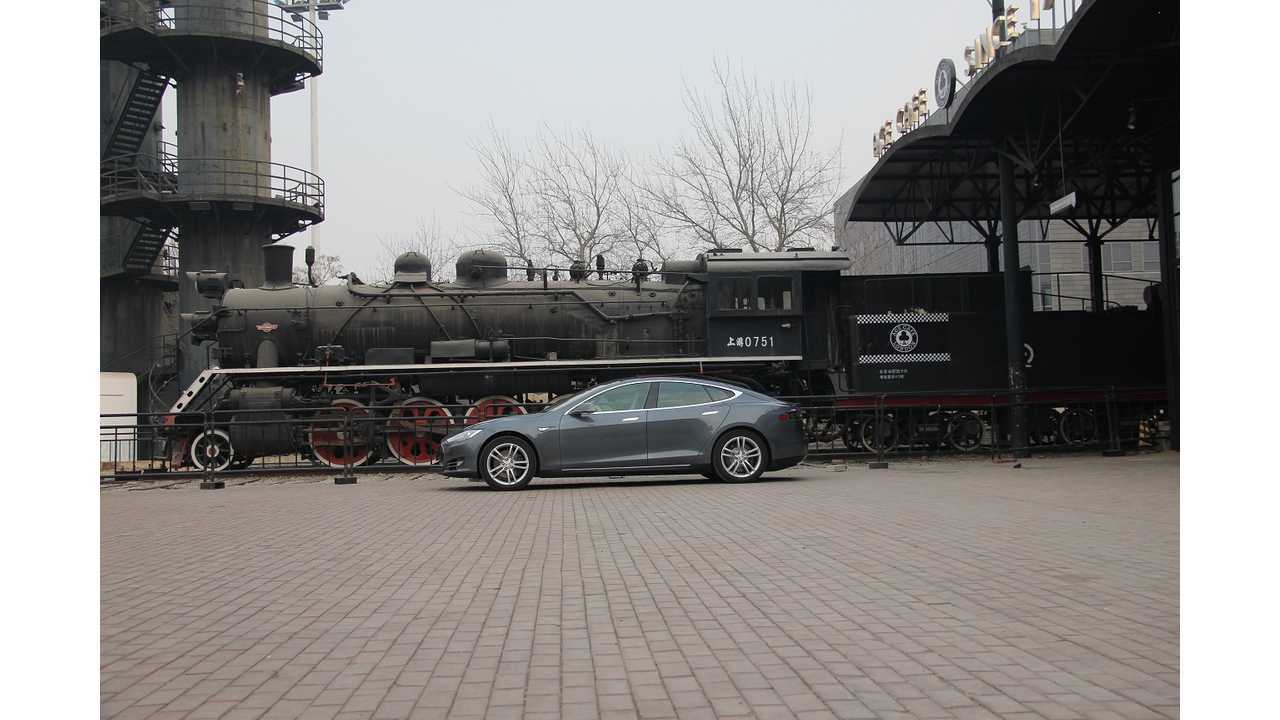 On first glimpse, this should provide for a great opportunity for strong sales from newcomers like Tesla Motors. However it now seems almost certain that Tesla is struggling with Model S sales in China.

Poor sales resulted in some recent personnel rotations, and now Chinese sources are stating that some 30% of the Tesla China work-force will be relieved of their position.

"Tesla will eliminate some positions as it makes structural changes to its business in China, Gary Tao, a local spokesman for the carmaker, said Monday by phone. He said he didn’t know how many jobs will be affected. The Chinese newspaper Economic Observer reported earlier Tesla will eliminate 180 of the 600 positions at its China unit because sales haven’t met expectations.

“The purpose is to better respond to the Chinese market,” Tao said. “The team remains stable and strong.”

Veronica Wu (Photo via The Reserve)

The current personnel changes started at the beginning of the year, Tao said, declining to provide additional details. The Economic Observer said Tesla’s local sales department will cut half its workforce, the most among all its departments, including marketing, public relations and administrative offices.

Local executives including Veronica Wu, Tesla’s former China president, and June Jin, former vice president of communications, have recently left the company. Musk said in January sales in China have been slow because of concerns consumers have over charging electric vehicles."

The China situation at Tesla must be a hot one. Some local news outlets are reporting that only half of the 5,000 Model S imported in 2014 were actually sold to end-users. Sales so far this year are reported to be very low.

"In fact, Tesla drastically underestimated the complexity and difficulty of the China market. The initial Tesla fad dried up rapidly. According to official data, only half of the 5,000 imported Model S were sold to end-users in 2014. Tesla wanted to build charging stations using its own standard, not willing to make compromises to local authorities. Elon Musk's cowboy like, one-man-against-the-whole-world mentality failed in China. Other foreign OEMs that came into market earlier as well as local players understand the dynamics of the China market much better, progressing in much smaller steps in the EV market."