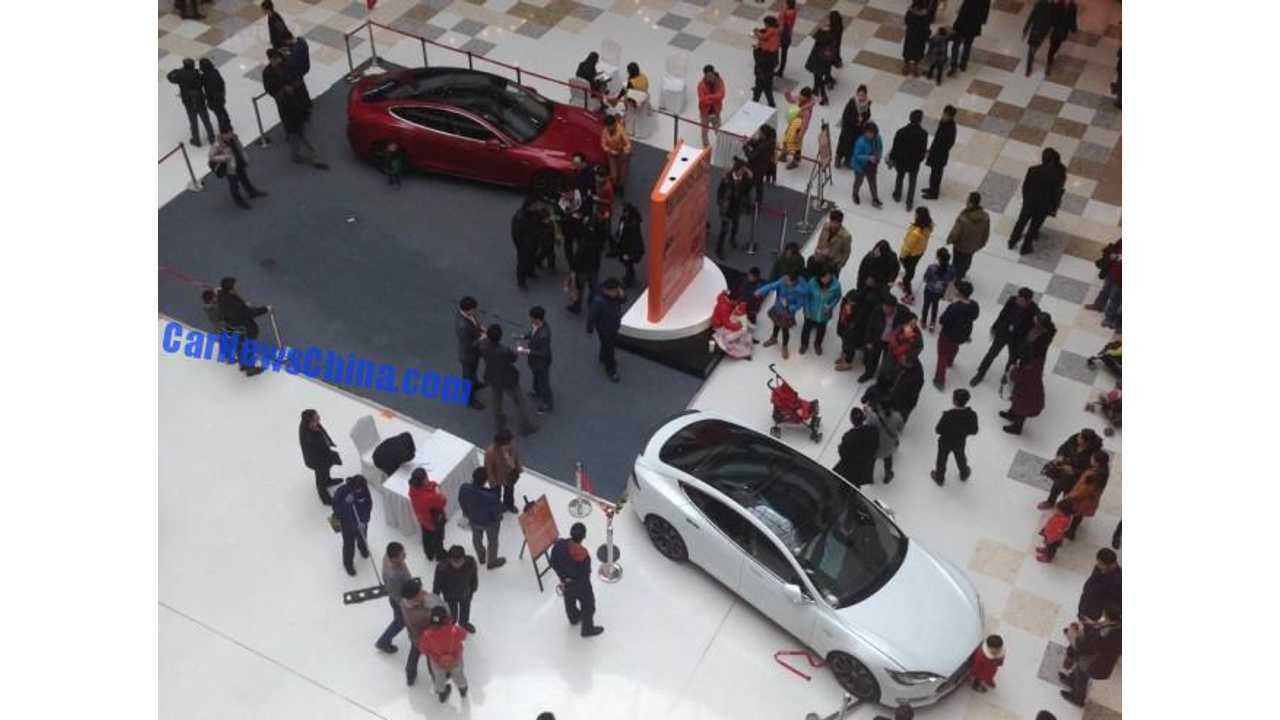 According to Car News China, there was an incident this past weekend at a mall in China involving a five-year-old kid, a Tesla Model S and a baby in a stroller.

Fortunately, everyone is okay, but the event has led to an investigation by the local police.

"It happened Sunday in the Tongzhou Wanda Plaza Mall in Tongzhou District in the far-eastern suburbs of Beijing. Tesla had hired a booth in the mall, showing off a red and a white Model S."

"He got in the white car, sat on the driver’s seat, and on 13:55 exactly managed to start the car. It moved forward six meters and crashed straight into a red stroller with a baby inside. The stroller fell over and the baby fell out. Very fortunately the baby was unhurt. The stroller can be seen just to the north of the white Model S. The mother and child, no doubt shaken and scared, can be seen sitting in front of the book-like display."

Even prior to the incident, Tesla had taken some preventative actions, but apparently they weren't enough to prevent the vehicle from being moved:

"Tesla had taken the following measures to prevent the cars from being started and moved: a wooden block was stuffed under the brake pedal (the brake needs to be engaged for the car to start) , and there was a sticker on the touch screen saying ‘do not touch’. The wooden block can be seen on the picture of the red car. Tesla personnel on the booth said the same measures were in place in the white car, but that was obviously not good enough."

This incident could have been easily avoided.  It should not be possible to engage any drive gears on a vehicle inside a mall.  There's surely a function buried (accessible with a technician's code) in the Model S' touch screen that allows the car to be set up so that it's in display/non-moveable mode.

Car News China concludes that this incident shows how "amateur" Tesla was:

"A brake block and a sticker was all Tesla did. They didn’t disable the accelerator, they didn’t disconnect any flying-by-wire wires, they didn’t put the electronic handbrake on, and they didn’t put any blocks in front of the wheels. Amazing amateurism, and extremely dangerous. That baby could have been dead."

Tesla has not yet offered comment on this matter.