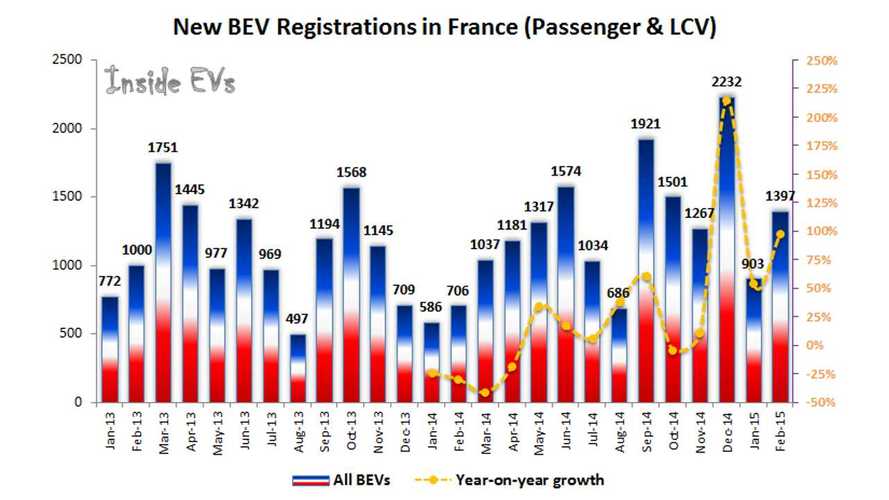 February was yet another good month for all-electric car sales in France. The market doubled to 1,397 new registrations and 0.7% market share. In February of the previous year, sales were just 706.

Most of the growth comes from passenger cars - 1,084, an improvement of 164%. Light delivery vehicles with 313 registrations grew just 6%.

Together with 226 plug-in hybrids, the total number  of plug-in electric cars sold in France in February was 1,623. PHEVs are growing strong approximately six times the 34 units sold in February 2014.

BMW i3, besides 19 all-electric versions, logged 50 REx sales too.

If we compare ZOE results to Clio (most popular car in France), we get 9% (on average almost one ZOE sold for every 10 Clios). ZOE stands at 2.5% of all passenger car sales in France for the Renault brand.