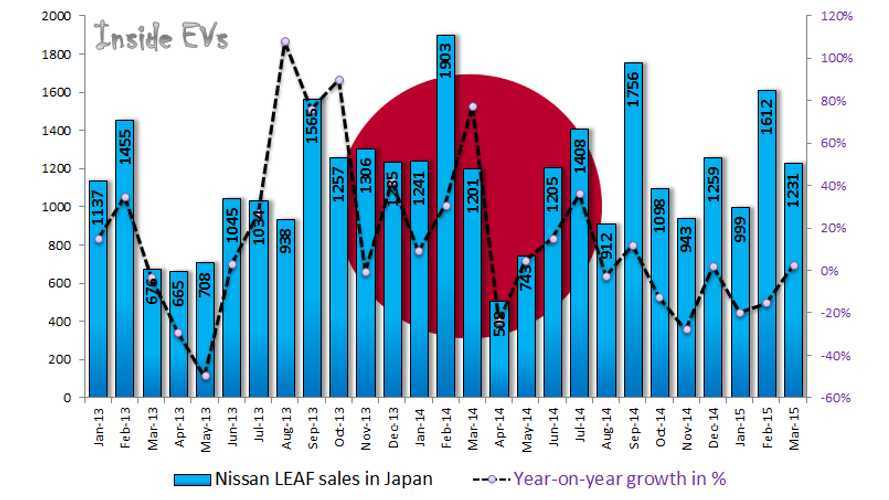 The two best selling plug-in models in Japan - the Nissan LEAF and Mitsubishi Outlander PHEV, noted slight increases in sales in March by 2% and 8% respectively.

Nissan LEAF, with 1,231 units sold, outsold the Mitsubishi Outlander PHEV, which this time had 796 sales.

YTD numbers although in both cases are lower than in 2014 - in case of Outlander PHEV, sales are down 40%.

Well, the positive is that EVs in Japan shouldn't hit any bumps in April like in 2014 after Japan increased the consumption tax.