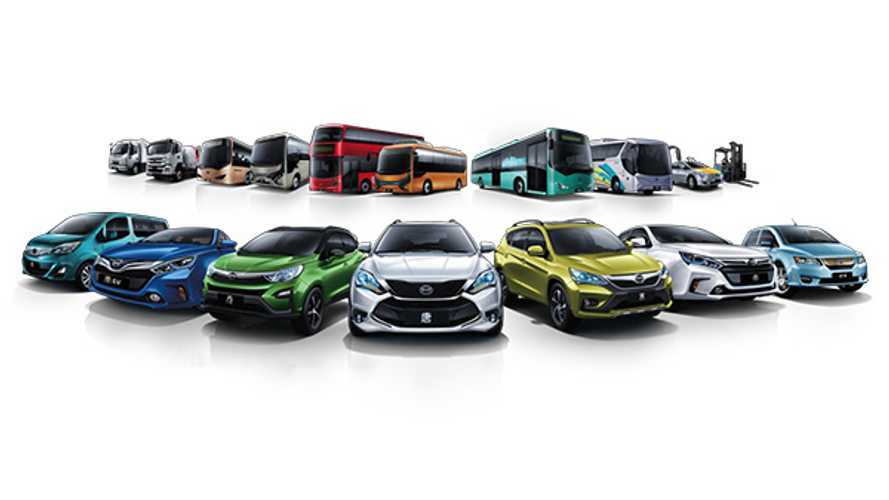 BYD at the 2015 Shanghai Auto Show

The 2015 Shanghai Auto Show is marked by plug-ins, mostly concepts, but BYD surprised us with a whole lineup of plug-in cars.

There were eight BYD plug-in cars on display, including a few debuts.  And besides a few stock photos from the event, we were also lucky to get a few exclusive shots of the cars direct from BYD!

"This week marked the kick-off of China's Annual International Auto Show & Convention, Auto China. BYD China's largest independent auto manufacturer impressed members of the media and industry alike by, for the first time, only displaying Electrified Vehicles in their entire line-up of 8 vehicles at the BYD Exhibit (5 dual-mode vehicles and 3 pure-electrics). Though not many were surprised that the green-tech giant was the first to make such a leap, as they have long been referred to as "China's Electric Car Company", the crowd was thrilled to see a Tier 1 auto company take this important step towards the future of zero-emission transportation solutions."

Lets start with the  plug-in hybrids. Besides the already known BYD Tang, there were two new sports utility vehicles models Song and Yuan - all described by 5-4-2:

-- and finally a vehicle that consumes less than 2 liters of fuel per 100 kilometers."

BYD Song is a compact SUV, while Yuan is a micro SUV. Both seem to be near ready for market launch.

"Song is a compact SUV named after the Song Dynasty (in which China found its unity and prospered to be the wealthiest nation on earth at that time)."

"Yuan, a micro SUV named after the shortest, but most powerful Chinese dynasty – the Yuan Dynasty. Yuan is the third sports utility in BYD’s 5-4-2 lineup and will become the most powerful Micro SUV on the planet, accelerating from 0-100 km/h in 4.9 seconds when it is launched in later 2015."

The fourth plug-in hybrid displayed is BYD Qin - already the best selling plug-in car in China, and another new model the Shang. Shang is a van with BYD's 2nd generation Dual Mode PHEV drivetrain, which we believe means separate propulsion EV/ICE for the axles.

Shang drivetrain without ICE becomes a pure electric and such a car will be available as the T3 all-electric truck. As we already know, BYD believes that plug-in hybrids will be sold to consumers, while electric cars are perfect for fleets.

Good old e6 was presented on the stage together with the new e5 all-electric sedan.

It's expected that e5 will serve as taxi.

BYD announced that the company will offer not only cars and buses, but all kinds of industrial vehicles:

4 stands for the 4 specialized vehicle fields BYD will focus on:

We are still awaiting more photos and details from BYD. Here we have some videos: