Electric Car Sales In UK Up Almost 500% In February 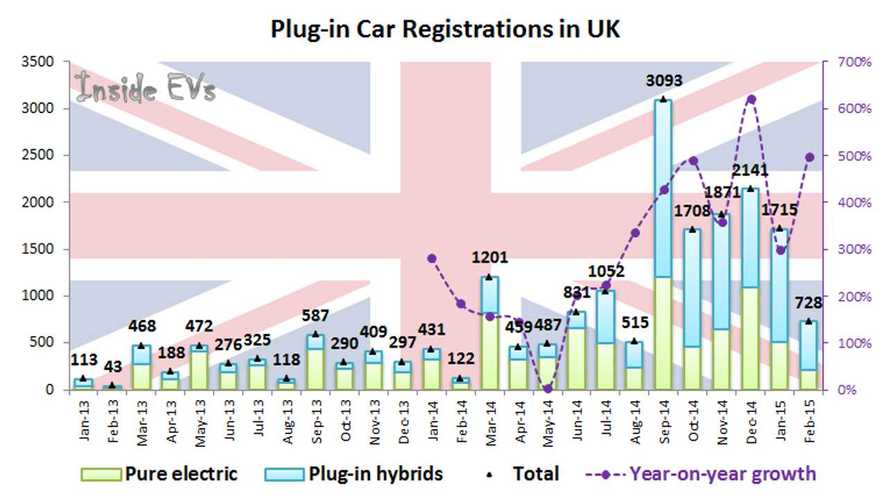 February was the 36th consecutive month of car sales growth in UK - registrations went up by 12% year-over-year to 76,958.

The numbers themselves are low as February is one of the slowest sales months of the year ahead of a number plate change in March.

As previously mentioned, February is a slow month, so now we look forward to what we hope to be a record-setting March. 5,000? Maybe 7,000?  We'll find out soon enough.