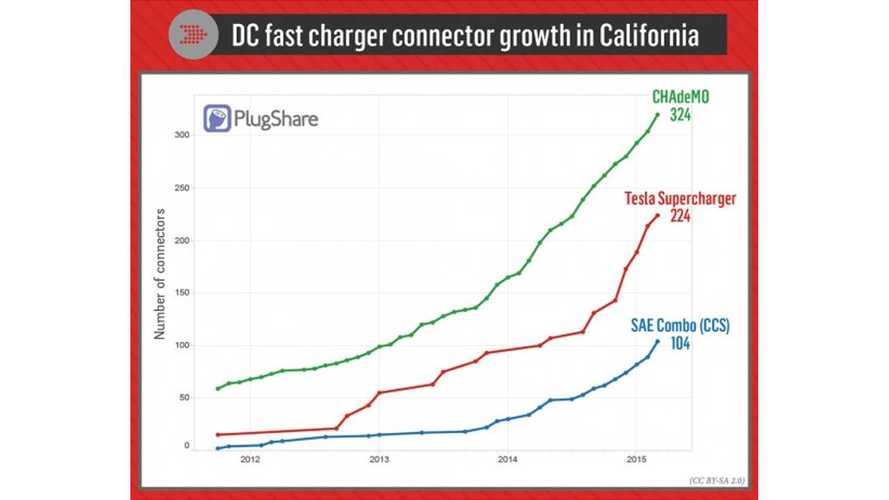 According to PlugShare, the state of Californians is home to 652 DC fast chargers.  Of the 652, CHAdeMO accounts for nearly half at 324.  Tesla's Supercharger tally (stall count) stands at 224 in California, while CCS takes up the rear at 104.

It's not surprising that CHAdeMO leads the way, as it got a jump start on the others, but what is surprising is that there are now over 100 CCS chargers in California.  Much of the CCS growth occurred in 2014 and early 2015 and looking at the growth curve shows us that CCS installs are picking up pace.