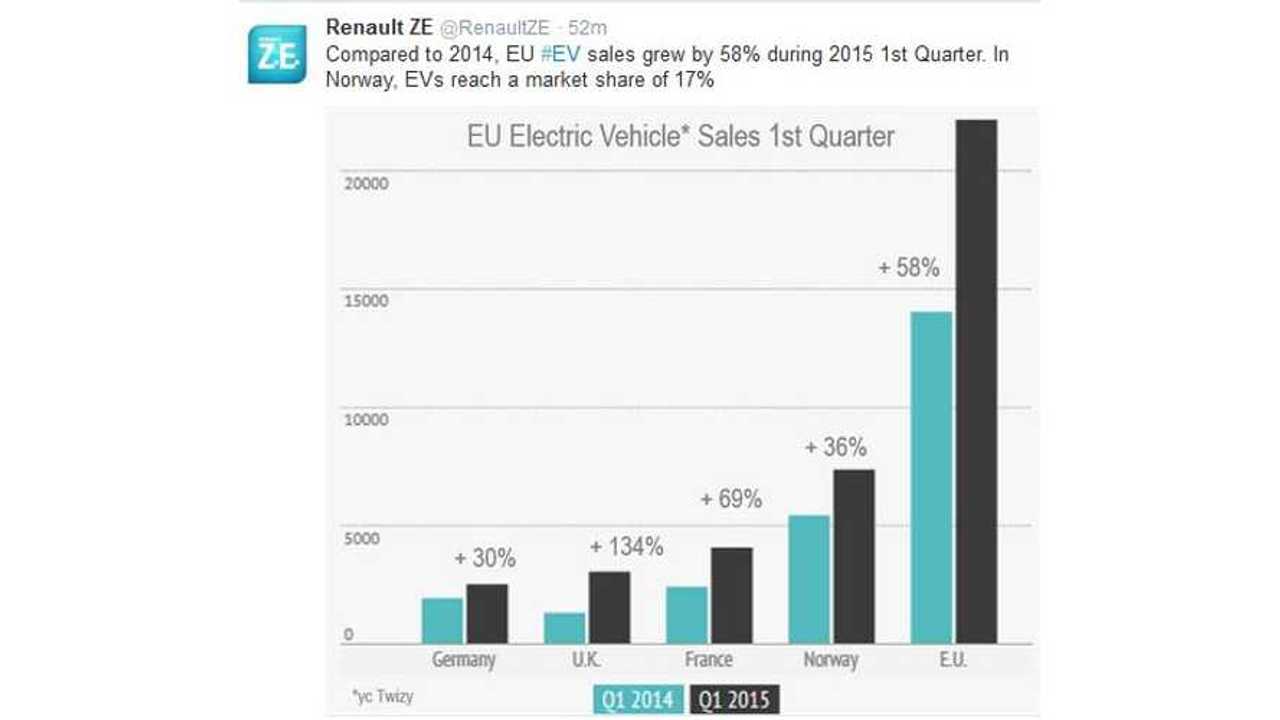 The UK was followed by France where sales increased 69%.

But the bigger picture is what matters most.

The European Union as a whole saw sales of electric cars shoot up by 58% in Q1 2015, reaching a volume of well over 20,000 units sold in the first three months of the year.

The growth pace in Europe far exceeds the U.S. right now.  However, total volume in Europe is still a bit below the U.S., but that could change soon.