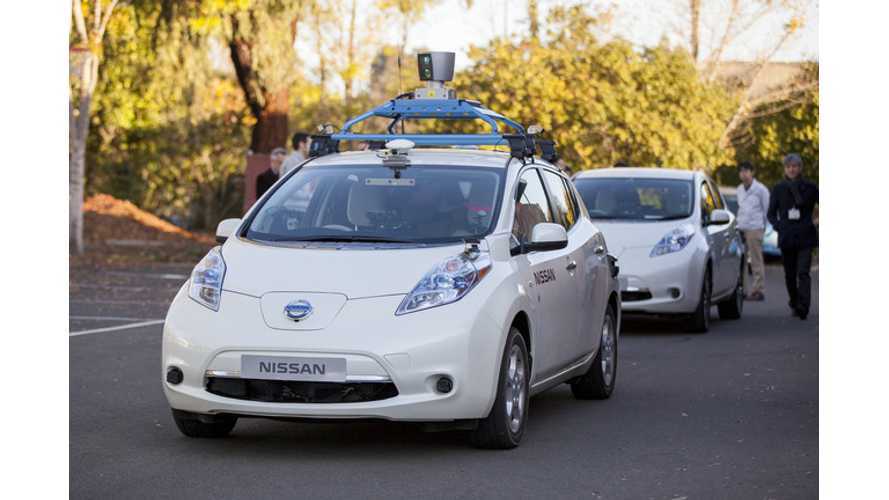 Carlos Ghosn said at press conference at the Geneva Motor Show that the first features of autonomous driving in traffic jams will be implemented in some car models in 2016.

For highway autonomous driving (including lane changes) from the Renault–Nissan Alliance we will have to wait until 2018, while city driving is scheduled for implementation by 2020. Important is to note that driverless cars, capable of driving in any situation, will still not appear until 2025.

The second topic discussed by Ghosmn was range of electric cars. Ghosn expects gradual improvements. Renault recently unveiled a new electric motor (R240) with integrated controller and charging system, which should increase the efficiency and range of ZOE by nearly 15% to 240 km in NEDC. We fear that maybe this could indicate that the new Nissan LEAF will go up to some 100 miles EPA instead of a longer jump to 150 miles.  However, we believe the next-gen LEAF will get fitted with a higher capacity battery too, so when coupled with a more efficient motor, range could easily break past 150 miles, maybe even more.

On the upcoming EV from Apple, Ghosn politely welcomes competition.