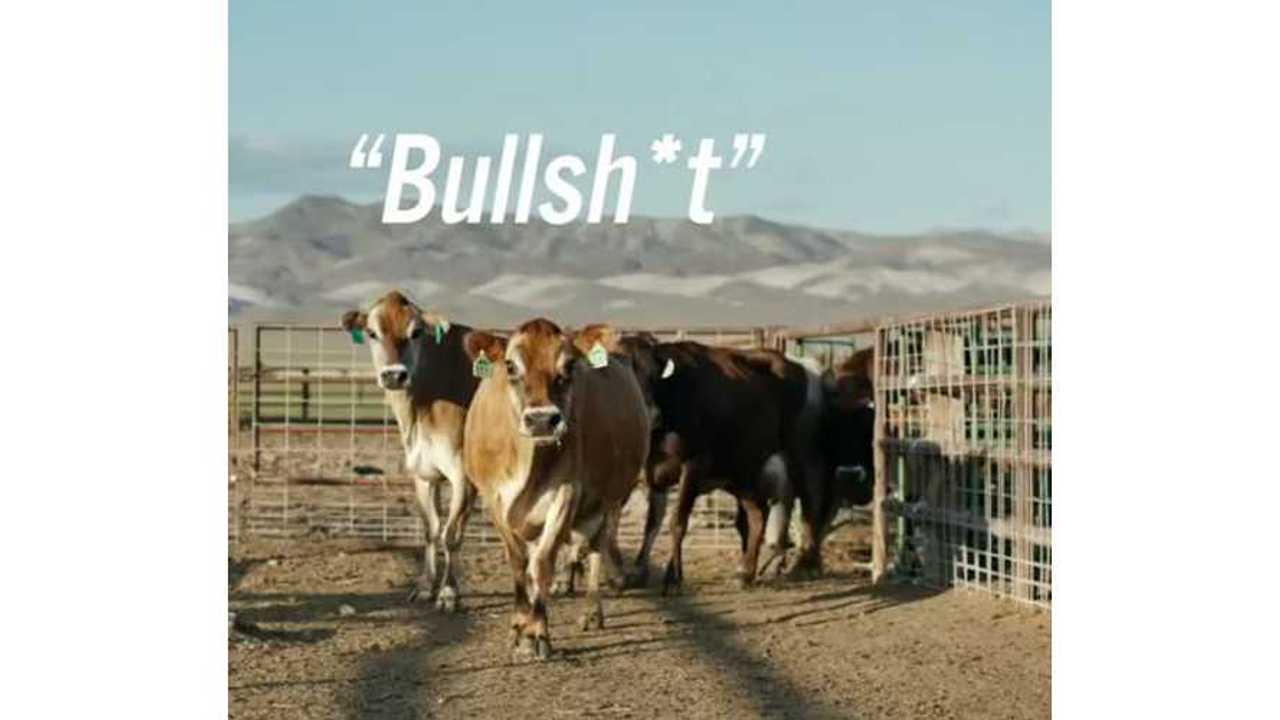 Tesla CEO Elon Musk often refers to hydrogen fuel-cell vehicles as "fool cells" and he's even stated this on record:

“And then they’ll say certain technologies like fuel cell … oh god … fuel cell is so bullshit. Except in a rocket.”

Well, Toyota is now embracing this "bullsh*t" reference by Musk in its latest “Fueled by Everything” multi-part series "aimed to educate a broad audience about the innovative ways hydrogen fuel can be made from renewable sources."

Toyota turns to award-winning documentary filmmaker Morgan Spurlock to direct the first video in this series.  Called "Fueled by Bullsh*t", this 3-minute video "features a dairy farmer and mechanical engineer as they follow cow manure from a mooing supply source to its ultimate use in powering the hydrogen fuel cell electric Toyota Mirai."

"Hydrogen is almost everywhere. It's in water, grass, and yes, even bullsh*t. But can it fuel a car?"

The Toyota Mirai hydrogen fuel-cell car will go on sale in limited volume in California later in 2015.

Press release from Toyota below:

“Fueled by Bullsh*t” is the first online video in a multi-part  series aimed to educate a broad audience about the innovative ways hydrogen fuel can be made from renewable sources. Spurlock directed the 3-minute piece which features a dairy farmer and mechanical engineer as they follow cow manure from a mooing supply source to its ultimate use in powering the hydrogen fuel cell electric Toyota Mirai.

“This project gave us the opportunity to dive into a world that most people don’t understand but has the potential to change our world,” said Spurlock. “Witnessing manure, something most of us view as being pretty disposable, being transformed into hydrogen fuel to power a car was pretty remarkable. I think this short film is pretty compelling evidence of what could be possible in the years ahead.”

Beyond high quality dung, hydrogen can be manufactured from other renewable energy sources like solar, wind and biogas from landfills. These production methods can result in a domestic and locally sourced fuel that powers the Mirai while emitting only water vapor from the tailpipe.

The multi-series video campaign is launching through the Toyota Mirai website (www.toyota.com/mirai) and additional digital properties with paid online media support. The Toyota Mirai site will also feature a deeper dive into the scientific process of creating hydrogen fuel, with explanations from scientists and experts in the field. This content will also appear across Toyota social and media partner sites, including Forbes.com, YouTube and Hulu.

“We’re putting hydrogen in the spotlight for its exciting potential as a renewable fuel source,” said Bob Carter, senior vice president, automotive operations, Toyota Motor Sales, U.S.A., Inc. “This is the beginning of the road for hydrogen, but we see the potential and we’re making a long-term investment in the future.”

The four-door, mid-sized Toyota Mirai delivers performance similar to traditional internal combustion engines – re-fueling in about five minutes and a range of up to 300 miles on a full tank. The Mirai will go on sale in California later this year.

Toyota’s “Fueled by Everything” campaign was created with creative agency partner Droga5. To see the video and information about Toyota’s commitment to fuel cell technology, visit www.toyota.com/mirai/fueledbyeverything.html.