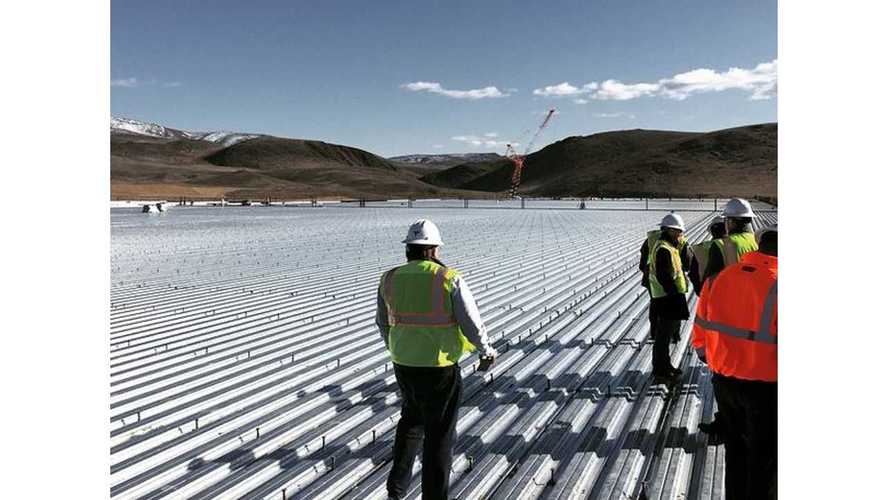 Over the weekend, the Reno Gazette-Journal reported on a couple union job postings and a hours rollback statement to indicate construction was delayed at Tesla's Gigafactory in Nevada.

Tesla Gigafactory Not So Long Ago

The Gazette went on to say that earlier this year, the job board for the IBEW (International Brotherhood of Electrical Workers) updated its listing for "Project Tiger" (code for Tesla's factory):

"The Tiger Project has been cut back by 80% at this time," said the post, but also noted that" This is all subject to change."

"The major project in the area has been delayed at this time. Further updates will be posted as soon as we know more."

At the heart of the issue is whether or not original plans had changed, as a Tesla spokesperson said that the company was currently "on schedule", while the secretary and treasurer of Building & Construction Trades Council, Paul McKenzie stated at about the same time, "I can confirm that there has been a reduction in hours and that's all I can say."

Then Tesla CEO Elon Musk parted the clouds and swooped in like no one else could, and tweeted (naturally) his opinion.

Mr. Musk stated matter-of-factly that everything was A-OK and on track with the project, while also giving the media a little dig - for what we thought was actually some fairly decent investigatory reporting.   (Full report from the Reno Gazette-Journal here)

The second tweet didn't survive on his twitter very long (but we caught it).   Perhaps the CEO had a change of heart and redirected his displeasure with the "media" to the union and trades council - offline.

Since then, an impromptu photo gallery of a recent Gigafactory tour given by Tesla for high-level execs and VIPs was posted by board member Steve Jurvetson.