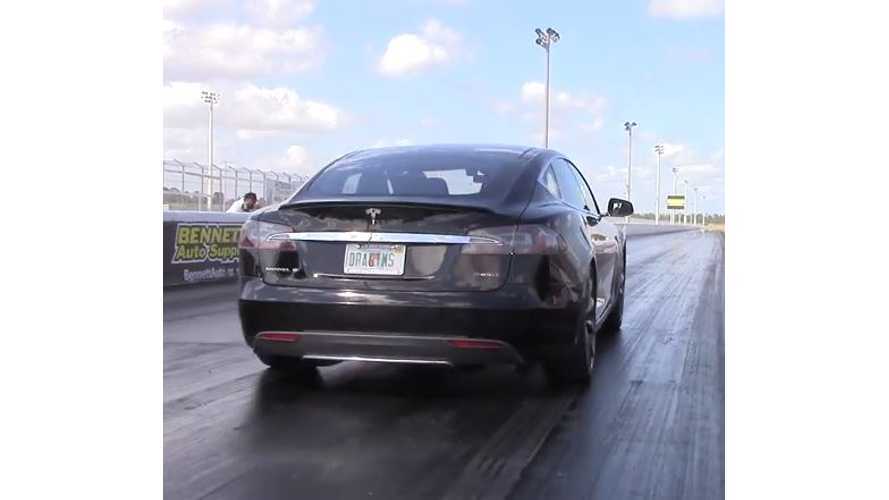 The time of 11.6 seconds matches the previous P85D run in which the Tesla obliterated that 2015 Dodge Challenger Hellcat.

As for that Hellcat owner, he's asking for a rematch now, but he's tweaked the car from stock by fitting it with drag radials for an unfair advantage and it's been recalled for fuel leaks.  Apparently, the leaks aren't related to how much gas the Hellcat guzzles as the throttle is depressed, but rather to some faulty seals that allow the fuel to leak out.  Sounds dangerous to us.