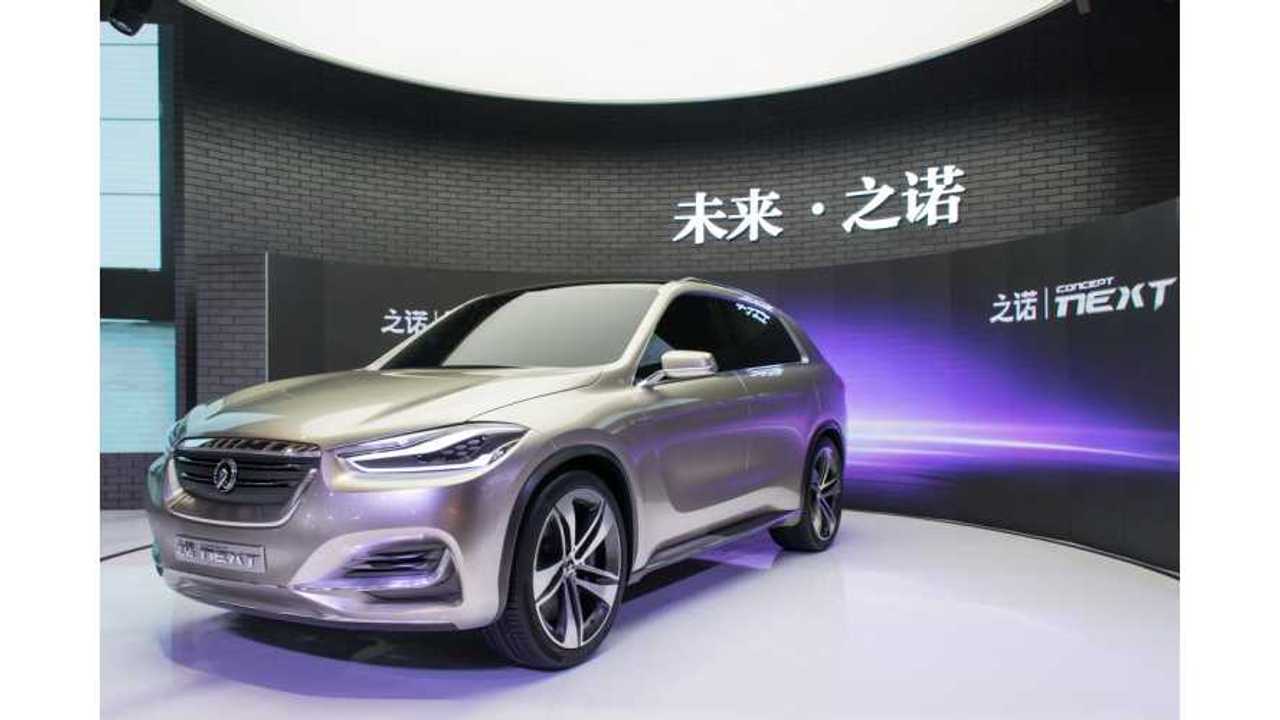 Zinoro Next Concept made its world debut at the 2015 Shanghai Motor Show.

An obvious offshoot of the BMW X3, the new off-roader is the fruit of the collaboration between BMW and Brilliance Automobile. While the Zinoro 1E’s connection to the BMW X1 is pretty clear, neither the headlights at the front or the rear lights on Next come from the BMW parts shelf, and the side view is clearly different from the X3, so the Zinoro Next has its own identity.

The Zinoro Concept Next is a study and a preview of possible new designs – so it’s possible that we will see much stronger connections to the Munich design.

The company has not revealed the powertrain of the Next Concept, but the expectations are that the production car will be a fully electric vehicle. BMW’s expertise in the field will most likely be referenced in the compact SUV.

The Zinoro brand is called Zhi Nuo in Chinese, which translates to “The Promise.”