Volkswagen Passat - Car Of The Year 2015 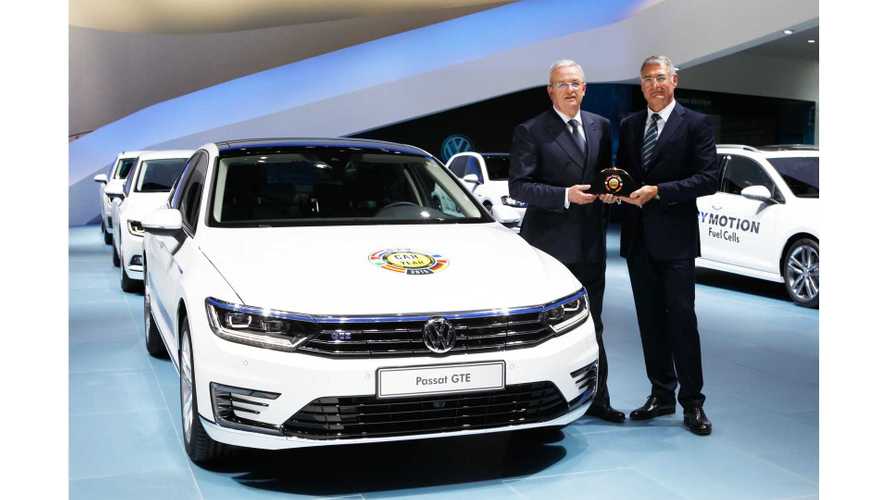 Volkswagen Passat is Europe's "Car of the Year 2015" - announced on the afternoon before the opening of the 2015 Geneva International Motor Show.  The German brand should be thrilled by the accolades it received recently. The all-new Golf was awarded "North American Car of the Year" not too long ago.

"One of the oldest and most well-known awards in Europe, "Car of the Year" has been honouring the best new releases in the car industry every year since 1964. The jury, consisting of 58 European motoring journalists from 22 countries, had nominated seven candidates ahead of the final. In the preceding months, these candidates had undergone detailed testing, comparisons and evaluations based on criteria such as economy, comfort, safety, driving characteristics, functionality, design and technical progress. In the 52nd edition of the traditional competition, the new Passat clearly triumphed over its six rivals in the final with a total score of 340 points."

In 2014, Volkswagen sold 1.1 million Passats and now is introducing the eighth generation of the model.

VW is presenting the award with Passat GTE plug-in hybrid, which is not available yet (scheduled for launch late this summer in Europe). We believe that they are doing this intentionally to promote the plug-in hybrid version.

"The 1.4-litre TSI engine develops a power of 115 kW / 156 PS; the electric motor produces 85 kW / 115 PS, while the maximum torque of the plug-in hybrid drive system is 400 Newton metres. Its power and torque are utilised in an extremely eco-friendly and efficient way. The car's NEDC fuel consumption (for hybrid vehicles) is less than 2.0 l/100 km and 13.0 kWh/100 km; these values equate to CO2 emissions of less than 45 g/km. In combination with the TSI, this results in a driving range of over 1,000 kilometres with a full 50-litre tank and fully charged battery."

"We are extremely proud of this accolade. In the new Passat we have again succeeded in developing a car that sets the standards for its class in terms of technology and quality. This honour is a tremendous confirmation for the work of our engineers, designers and the entire team. The new Passat shows that the Volkswagen brand has the right answers to the challenges of our time."

Heinz-Jakob Neusser, Member of the Board of Management Volkswagen Brand for the Development Division stated:

"We are delighted by the honour of "Car of the Year 2015". This accolade has a very special significance for us because it is awarded by independent international trade journalists. In addition, the honour is known to have a high standing for our customers."