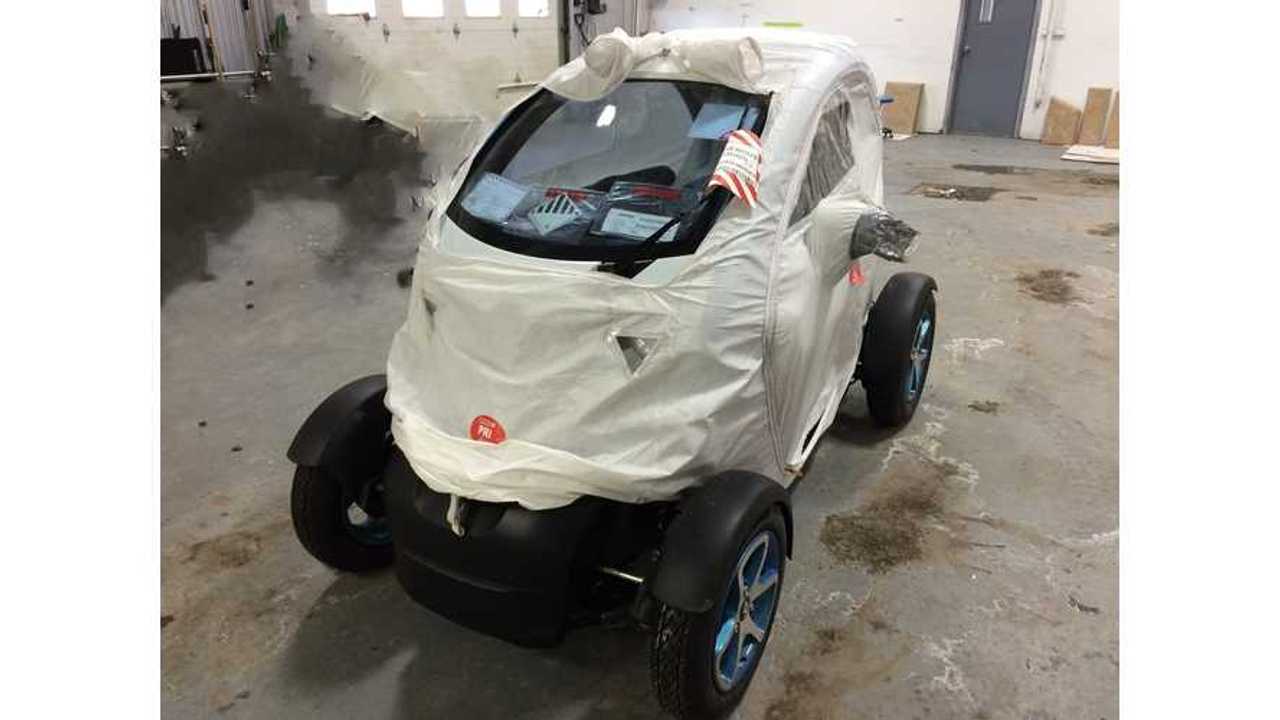 It has been some 25 years since the Renault brand has been seen in North America (ex-Mexico), but a recent report says that the French auto maker is looking to enter Quebec, Canada (then maybe the US later if successful) with everyone's favorite all-electric quadricycle - the Twizy.

Gee, I wonder If The Twizy Is Being Shown In Quebec Right Now?

Now on display at the 34th International Auto Show in Quebec, along with a small contingent of Renault employees is the 2 seat Twizy.

The group is currently looking to find willing distributors (as the company no longer has any dealership footprint in North America) of the EV, along with its latest commercial/cargo version.

Demonstrating how serious they are about beginning sales of the car in Canada (and perhaps ultimately in the US), Renault has submitted the Twizy to Transport Canada to allow it for sale and already has some rebate incentives in place.

The only question now is if they will be able to sell both the Twizy 80 and the Twizy 45 - the numbers indicating the top speed in kilometers. (50 mph and 39 mph respectively)

LaPresse says that originally Renault had other plans for bring an electric vehicle back to North America:

"Initially, the manufacturer wanted to import the Kangoo van, but it is not approved here. If the Kangoo comes here, it will be the redesign of the model is made, but not before four or five years." - says Daniel Bédard, Assistant Director of Automotive Advisory Services CAA-Quebec.

InsideEVs spoke to Simon-Pierre Rioux, who is President of AVEQ - Association des Véhicules Électriques du Québec, and a must read (and bookmark) destination if you are living in North America and fluent in French, about the car.  It was AVEQ who first reached out to Renault to start this process rolling.

"There was a nice presentation of the Twizy at the Quebec Auto Show by Renault who flew 4 staff who will be staying during the whole week.

The Twizy will then go through the SAAQ which is responsible for accepting a vehicle in the province (but without the crash tests, which is Transport Canada’s job).

They (Renault) are using the show as a test bed to see if there is interest. They already have 3 potential candidates but are looking for more before it settles its choice. The Twizy has also started selling recently in Mexico according to Renault, so it does have a N. American VIN which allows it to be registered unlike a vehicle with a Euro VIN… hint hint!

Great french canadian media reception for the Twizy, got much attention at the auto show. The Quebec mayor (quite a character) has asked to ride the Twizy indoors before the show opened its doors."

Our thanks to Simon at AVEQ for the inside scoop and pics!