Volkswagen Announces $2,000 Lower Priced Version Of e-Golf In US 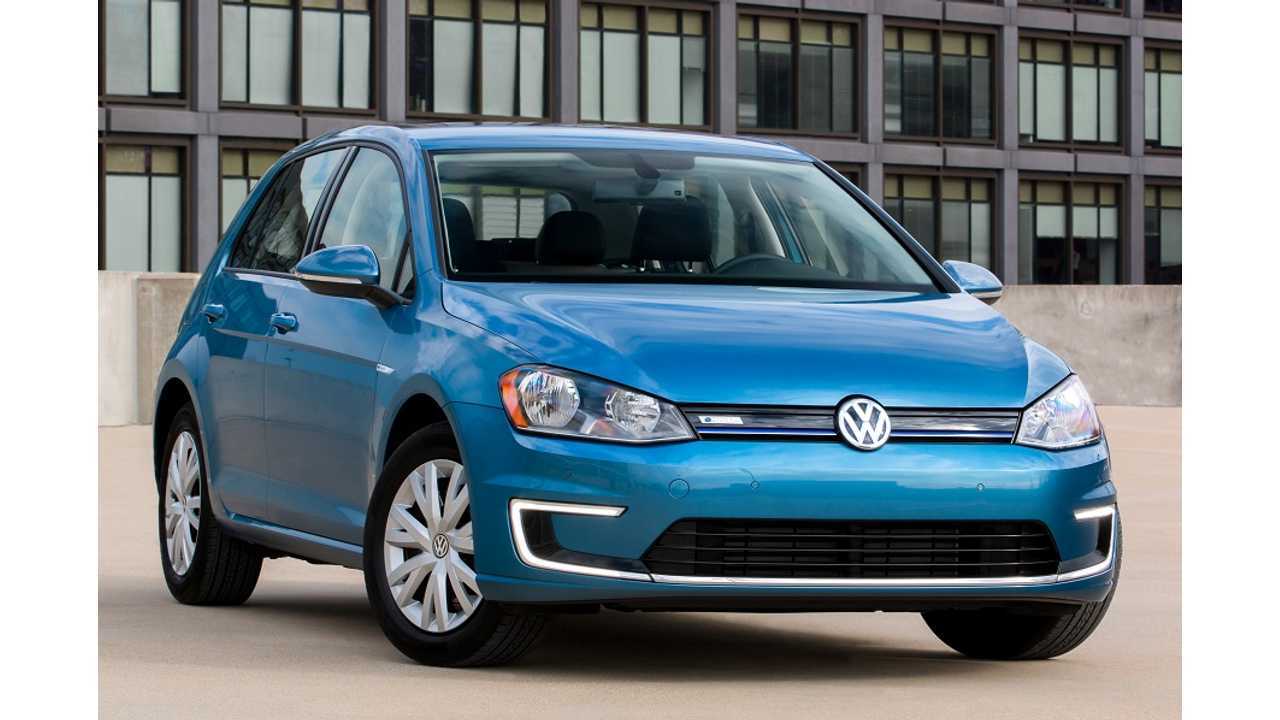 When the Volkswagen e-Golf first came to the United States we had expected to see a few trim levels of the car, similar to what was offered in Europe.

As it turned out, only the premium, fully loaded e-Golf SEL (details) was available on the debut.  The price?  $35,445

Today however, that changes as VW has announced a somewhat less expensive model - the "e-Golf Limited Edition model", priced at $33,450.

Editor's Note: Using our automaker decoder ring, "Limited Edition" usually means 'limited to how many we can sell', so we don't think anyone should be worried this offering will be available only for a short time.

VW even states the same efficiency and range specs on the car:

Although we have to note that amongst the deleted features from the higher SEL Premium model is the heat-pump system - meaning that range will be effected in the base EV outside of moderate temperatures, as the standard unit is much less energy-efficient and will draw more power.

VW notes the other differences between the trim levels, "Changes compared with the SEL Premium models include 16-inch steel wheels in place of aluminum-alloys, halogen instead of LED headlights, cloth in place of leatherette seating surfaces."

So, is the de-contenting worth saving $2,000?  We think for a lot of customers it will be.  Our only advice to those who live in the northern United States - get the SEL, the more efficient heat-pump system is worth it.

Herndon, VA  – Volkswagen of America, Inc., today, announced that a lower-priced version of the fully-electric 2015 Volkswagen e-Golf will go on sale at participating dealerships. The 2015 e-Golf Limited Edition is priced nearly $2,000 less than its SEL counterpart at $33,450, without compromising performance, quality, or versatility. The e-Golf Limited Edition is also available at a monthly lease price of $229, plus applicable fees.

The e-Golf Limited Edition is built on the same sporty Modular Transverse Matrix (MQB) platform as the rest of the award winning Golf family. It is powered by a compact electric motor and a 24.2 kWh lithium-ion battery (built in-house at the Volkswagen facility in Braunschweig, Germany), and offers 115 horsepower and class-leading torque of 199 pound feet.