Electric Vehicle Sales Flat In February For US, BMW And Ford Surge 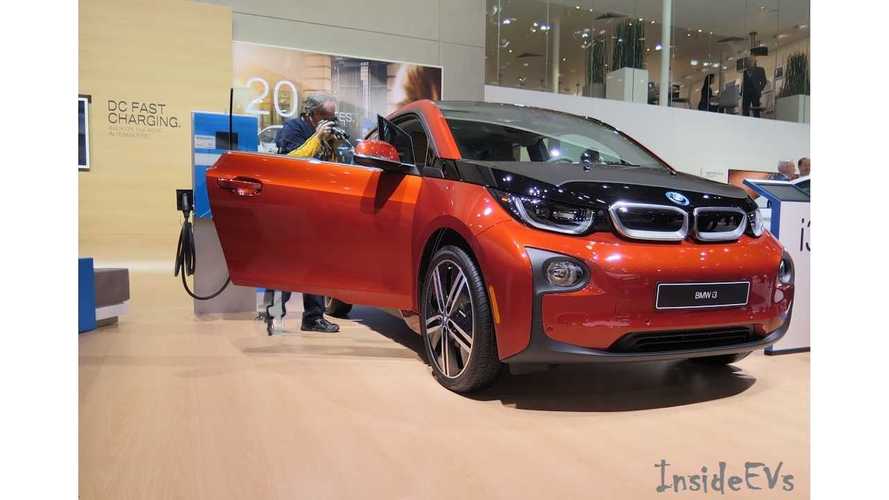 The BMW i3 took Everyone By Surprise In February With Strong Sales (Image: 2015 NAIAS - Tom Moloughney/InsideEVs)

Heading into February for EV sales in the united States, we knew it would be a tough month, with lots of headwinds to face.

Then there was some strong comparables to February of 2014, when an estimated 7,341 plug-ins were sold.

Thankfully, it did not turn out to be the bloodbath it could have been, as BMW surprised everyone by almost taking over the sales lead for the month with 1,089 deliveries that came seemingly out of no where.

Not to be out down, Ford ended a bit of a tailspin of their own, and notched improved months with all 3 of their plug-in offerings (Focus EV, Fusion and C-Max Energi); cumulatively, no one sold more EVs during the month than Ford.

During the month, the Nissan LEAF sold the most EVs with 1,198 sold, and once again took over the top selling spot overall in America. (full story)

Some Other Point Of Interest From February:

Pure Electric Car Market Share vs PHEV In February* New 12 Month Highs Set In February (previous high in brackets): Looking ahead:  Many of the ongoing problems facing the industry in February continue into March, while the year-over-year comps get much tougher to beat (9,650 sold in March of 2014).

On the bright side, Tesla is delivering a lot of 85Ds in America right now, so some damage should be mitigated by the California-based automaker.  However, to show an improvement next month, one of the main players will have to surprise us.