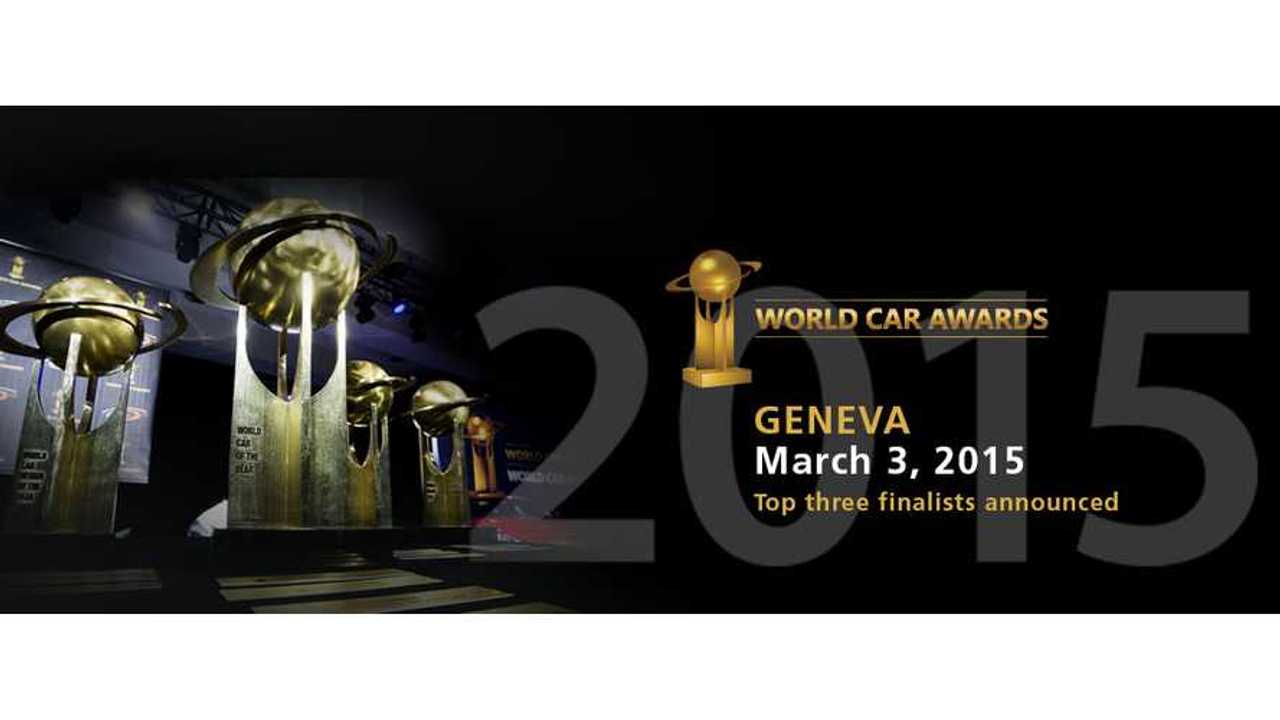 The Top Three in the World finalists: BMW i8

Several plug-in electric car models were announced at the 2015 Geneva International Motor Show among the Top Three in the World finalists in five award categories.

2015 World Car Awards will be announced in a few weeks on April 2nd, so let's check the list of cars that was prepared by a jury of 75 distinguished international automotive journalists.

There are five categories and one of them - for green cars - is already won by a plug-in car even before announcing the winner, as all three of the finalists are plug-ins.

2015 World Car of the Year - no direct plug-in car, although in the case of the Volkswagen Passat there will be a plug-in GTE version and the Passat did just win the 2015 European Car Of The Year:

The Top Three in the World finalists: Volkswagen Golf GTE