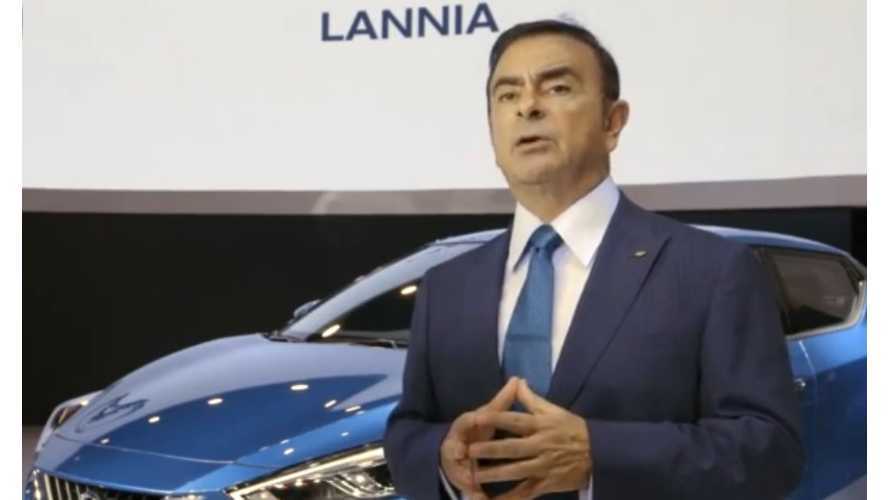 It has been no secret that the launch of electric vehicles in China was a bit of a disappointment.

Nissan Had Expected To Sell 50,000 e30s A Year Within 3 Years (Photo: InsideEVs From Auto China)

When mass produced EVs were first coming to market in the first part of this decade, it was assumed that China would be one of the hotbeds of acceptance for the technology.

At the time, China was (and still is) dealing with some serious emissions concerns in densely populated cities, and the government was talking a big game when it came to progressing electric technology.

As it turned out, when electric cars did became available, the Chinese government seemed to be dragging its feet, effectively working against adoption of plug-ins by being slow to act.

However, much has changed since then - at least for many EV makers in the country.  But not so much for Nissan.

Which brings us to this past week at the Shanghai Auto Show, where we find Nissan CEO Carlos Ghosn weighing in on the electric vehicle situation in China.  Mr. Ghosn stated that he was disappointed with EV sales in the region so far, and that government needs to take more action in the county.

Nissan, along with partner Dongfeng, spent $785 million to both make and sell the LEAF-cloned, Venucia e30 (also known as the "Morning Wind) in China; one of the few global automotive titans to make such a commitment.

Citing undue hardships in the market, the Nissan boss (as reported by Automotive News) says the company isn't going to introduce any new models until the climate changes.

“The question we are all a little bit worried about is the fact that electric cars are not taking off in China, while in other markets they are taking off.  The consumer’s not buying.”

Locally Made, Venucia e30/Morning Wind Went On Sale In China In September

“I don’t think we’re going to bring a second car and a third car. Today the challenge is sell this one.  The main challenge today is really to encourage, put more incentives, in order for the consumer to buy in. Before adding more cars and bringing more technology, we just need to make sure we can sell the technology we already put into the ground.” says Mr. Ghosn, reported by the Automotive News.

“I think it will happen,” the CEO said in regards to future EV sales in China, “But it will need probably more concerted action between government, local governments and car manufacturers.”

Rare is the day we disagree with the Nissan CEO when it comes to electric vehicles, as Nissan is the undisputed worldwide leader in the segment.

In this case, the onus (and the e30's failure to sell) can only be put himself for introducing the LEAF brand in China at that price-point, over creating a product specifically tailored for the region.

The thing is, after an unquestionably slow start in China, plug-in vehicle sales are now on fire.  The Venucia e30 is just not participating in the revolution.

According to CAAM (China Association of Automobile Manufacturers) a total of 14,122 plug-in vehicles where sold just last month (9,390 BEVs, 4,732 PHEVs) - that is almost 10% better than any month in history for the US.

For the year to date, 26,581 plug-ins have been sold in China, that is up 280% from a year ago, and 14% more than have been sold through the first three months in the United States so far.

How many Venucia e30 "Morning Wind"s have been sold during China's hot start this year?  Just 218.

Put another way, Nissan-Dongfeng has a market share of .8%, or only one Venucia e30 is sold for every 122 EVs moved in China.  In the US to date, the Nissan LEAF has claimed almost 1 in every 4 EV sales.

Perhaps its time for Nissan to look in the mirror for problems as to why the e30s hasn't sold well, rather than the Chinese government.