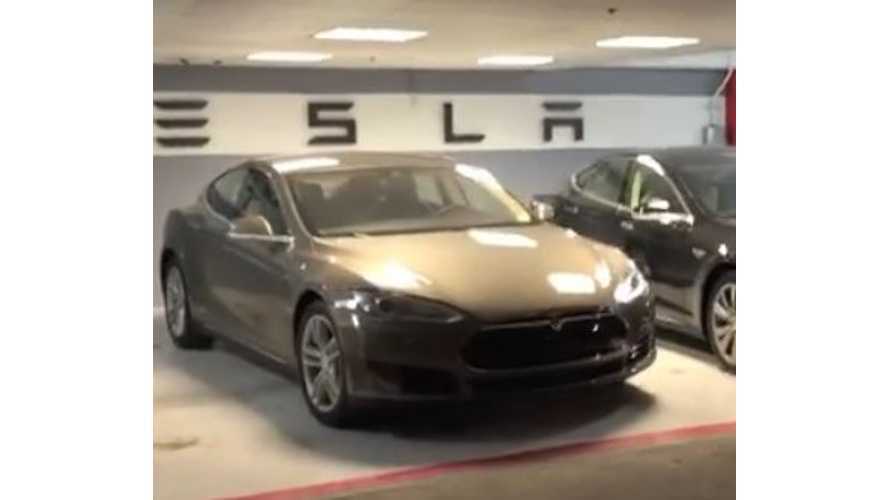 Word was that the Tesla Motors store in OakBrook, Illinois had two of the newest versions of the Tesla Model S, the 70D (Dual-Motor, AWD).

A better picture of a Tesla Model S 70D w/ Titanium Metallic paint. (Identical to the one in the video.)

Sure enough, they were there, so I swung by to check them out. Both had two of the newest paint options.

While at the Tesla store, I checked out a few of the other Model S EVs on hand. There were two P85Ds, an 85D & a customer's (discontinued) P85 RWD.

"Got my first peek at the latest version of the Tesla Model S, the 70D, along with two of the latest metallic paint option! For lack of a better word, AWESOME!!!

This new entry level 70D discontinues the 60 kWh version. D = Dual-Motor, AWD ; Standard, & provides 240 miles of range! Along with this new version, MANY features that were available options are now standard. Many things that were part of the Tech Package, Supercharging, Michelin Primacy tires, & again the Dual-Motor, AWD all now come standard."

Further info on the 70D & its new standard features can be found by clicking here.