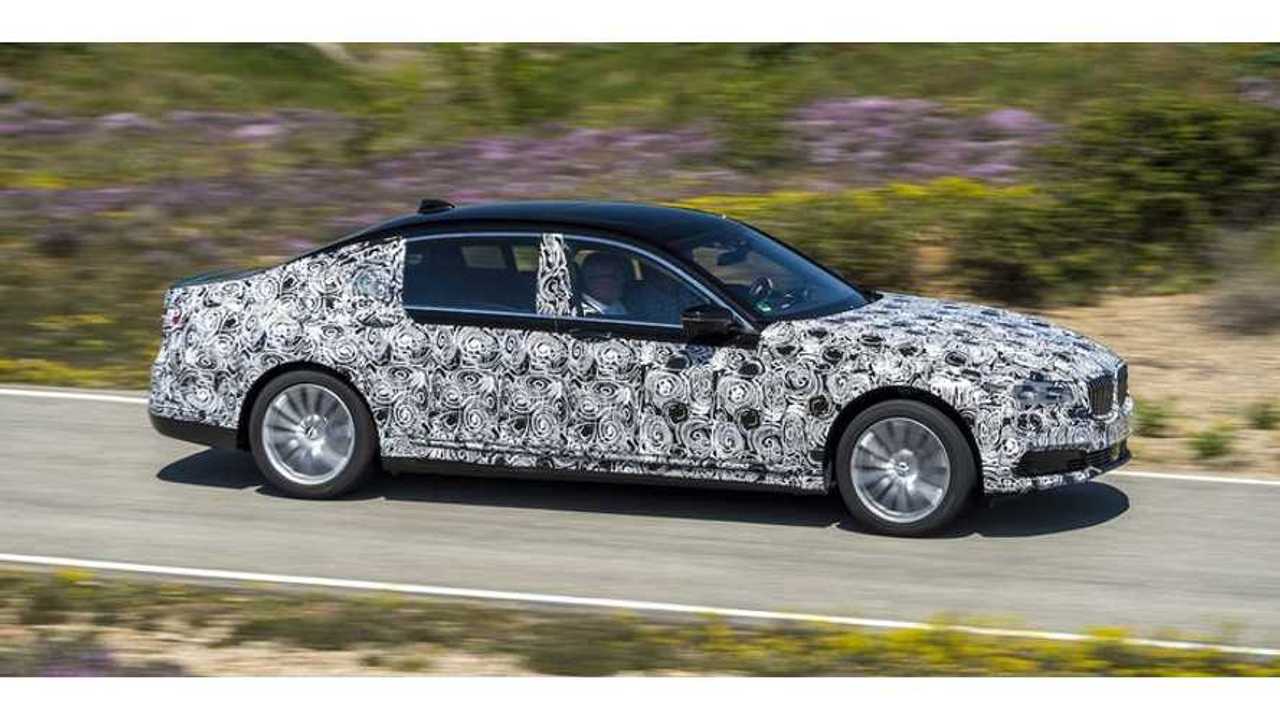 Eventually, the all-new BMW 7 Series will get a plug-in hybrid powertrain, but for now the only announced powertrains are ICE-only.

However, the next-generation 7 Series gets something else adopted straight from BMW's electric car parts bin: carbon fiber.

The extensive use of carbon-fibre-reinforced plastic (CFRP) in the structure of the passenger cell, the rigorous and detailed application of lightweight design and a new generation of engines combine to reduce the weight of the luxury sedan along with its fuel consumption and emissions figures.

BMW EfficientLightweight: Carbon Core helps to reduce weight by up to 130 kilograms.

Thanks to the BMW EfficientLightweight strategy, the new BMW 7 Series line-up will tip the scales up to 130 kilograms lighter than the outgoing generation of models. At its heart is a body structure with a Carbon Core based on the transfer of technology from the development of the BMW i models. The use of CFRP – whose material properties lend themselves to use in the passenger cell areas exposed to heavy loads – increases torsional rigidity and strength. The configuration of the sheet metal elements can be adjusted accordingly, allowing body weight to be significantly reduced.

We won't cover the 7 Series in detail here, as it doesn't yet have a plug-in variant. If interested in obtaining additional detail on the next-gen 7, then hit up this link to BMW's media site.