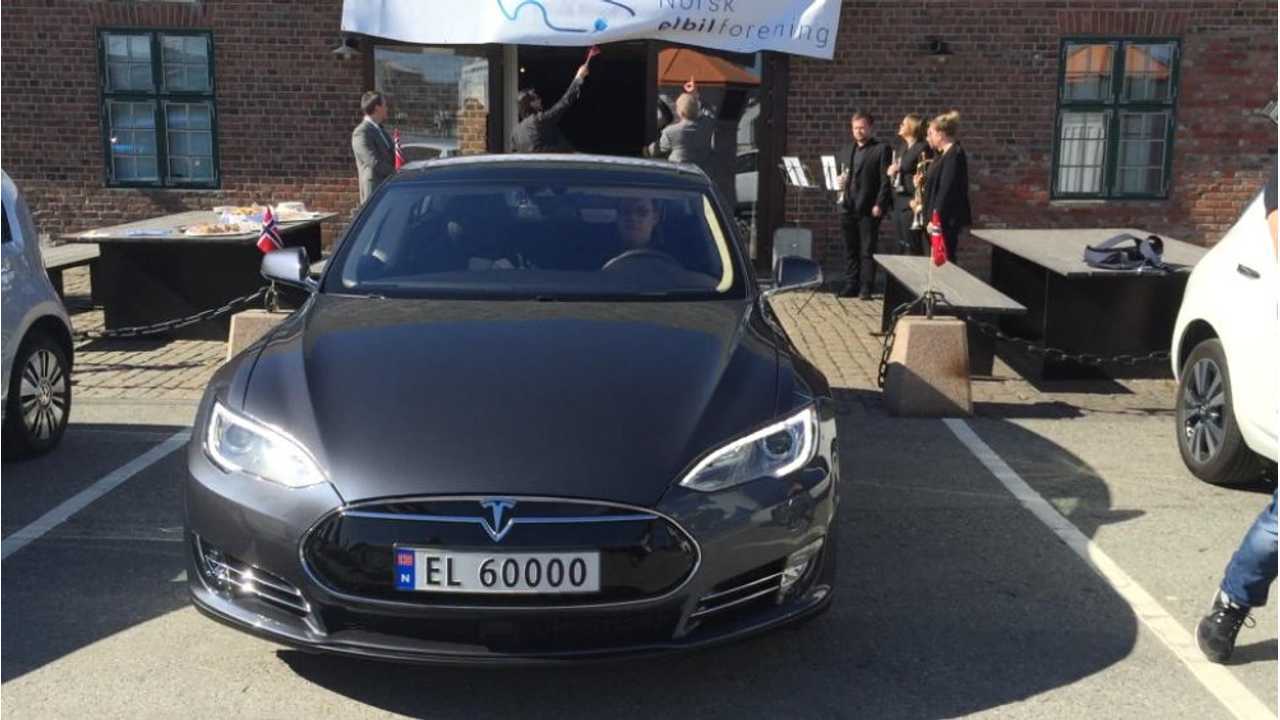 Tesla represented the second most popular model in Norway this year with 4.3% market share!

In total EVs stand for some 20% passenger car registrations this year and nearly 2% of all cars on the roads in Norway!

Hitting the level of 50,000 registrations does bring some concerns about future generous incentives for all-electric cars, as that program is now available to be reviewed.

Fortunately, the incentives do not terminate at 50k, but it does leave the door open for Norway's Parliament to one again decide about electric vehicle's exemptions from VAT, free tolls and parking on most municipal parkings.