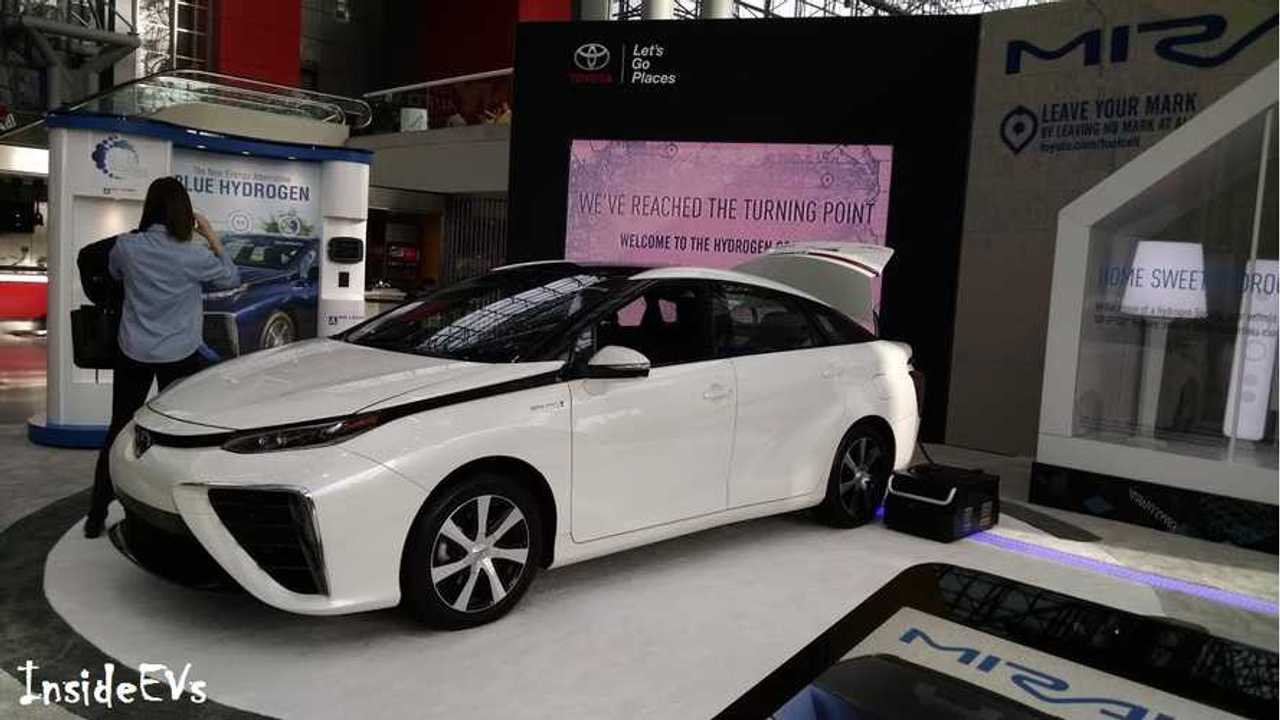 While promoting the Toyota Mirai, Yoshikazu Tanaka, chief engineer for Toyota Motors Corp’s hydrogen fuel cell group, stated that EVs don’t have a practical future as a long range transport, even with technological quick charging breakthroughs. His argument being that the peak loads EVs created would defeat the purpose ecologically as a sound form of transportation.

Tanaka provided the following example. "If you were to charge a car in 12 minutes for a range of 500 km (310 miles), for example, you're probably using up electricity required to power 1,000 houses."

Tanaka is stating that the energy consumption over the 12-minute period is equal to the amount drawn by 1,000 homes in the same 12 minutes. Where do we start? 310 miles? 12 minutes? 1000 houses?

A bit of unraveling is necessary. For starters, Tanaka is making his argument against half of the EV market referencing BEVs only. This is quite deliberate in that PHEVs, or plug in hybrids, not only are free from his argument, they trump the FVC in almost every category. On range, economy, fuel time, performance, GHG emissions, cost of ownership, and driving freedom, the 2016 Chevy Volt outperforms the Toyota Mirai.

As for BEVs, 90 percent of charging will still occur in the home or work place eliminating millions of trips to the pump. Therefore a direct comparison to the volume of stops for gas or hydrogen does not exist. As future BEVs move toward greater ranges like the 310 miles described by Tanaka, the number of quick charges diminish as stops are limited to long range travel only. Note that currently a 310 mile production EV does not exist, nor does 12 minute charging if such a range did exist. It would also be nice to quantify how much electricity is being used in his house example. 1000 houses just sounds more horrifying.

But most importantly, Tanaka does not take into account the future of battery storage for power buffering of the grid. Examples of this were explained at the 2014 Energy Storage Symposium by keynote speaker JB Straubel Chief Technical Officer for Tesla Motors. Mr. Straubel displayed an example of existing power buffering installed at a supercharger located in Tejon Ranch, California (24 minutes into the video). Mr. Straubel then provided a graph showing examples of the peak usage Toyota engineer, Tanaka is referring to, combined with the results after power buffering.

While the 310 mile 12 minute charge only exists in the future, a power buffering solution exists today.

Fuel cells could effectively be used in the future as range extenders for transportation. By doing so, the required hydrogen infrastructure could be a fraction of the gasoline infrastructure appearing primarily on interstates and highways. Of course, the opportunity to sell hydrogen diminishes in this model. Toyota’s solution of a pure hydrogen FCV transport with no charging capabilities, would require a near identical infrastructure to that of gasoline with staggering cost.

Tanaka points out that a portion of hydrogen will be produced using the methane captured from water treatment and sewage plants. Unfortunately the vast majority of  hydrogen reforming will follow the economic path using natural gas primarily derived from fracking.

EVs also suffer from the generation source of the electricity provided. Fortunately, solar and wind are advancing faster than EVs and an increasing number of EV adopters are independently committing to cleaner generation.  BEVs will cause peak loads during quick charging without power buffering as demonstrated by Tesla Motors. In the majority of cases, the quick charging station's electricity will be billed based on peak load.

Straubel concludes that power buffering will be adopted as an economical solution to peak load, while achieving the ecological in the process.