Volvo Underestimates Demand For PHEV XC90 By A Factor Of Five 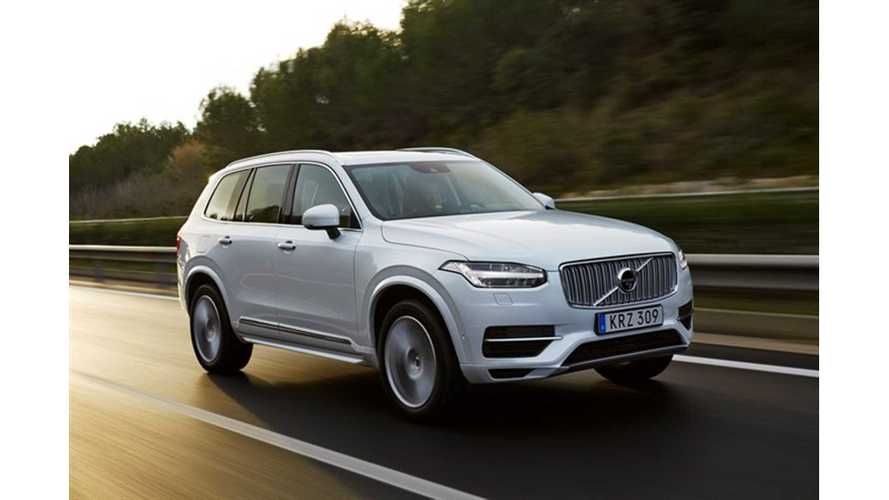 Mitsubishi was first to prove that with its Outlander PHEV and now Volvo is finding out the hard way.

Volvo's XC90 PHEV has been so popular in the UK that it's now sold out "until well into 2016," according to Auto Express.

The problem is that Volvo predicted that take rate of the plug-in version of the SUV to be 5% or less, according to UK managing director Nick Connor:

“We were planning on a three-five per cent take rate of this model."

But the current take rate exceeds 20%:

“But our current rate on sold orders is over 20 per cent. We underestimated it.”

Which means that Volvo, like Mitsubishi early on with the Outlander PHEV, is now playing a game of production catch up.

Volvo is so thrilled by the response to the XC90 PHEV that it has now committed to doing a PHEV version of every Volvo launched from here on out.

The XC90 T8 Twin Engine extended range SUV will be priced from $68,100 in the US when arrives (details) this summer for test drives and orders - with deliveries scheduled for the fall.  The plug-in Volvo also qualifies for a further $4,600 in federal credit incentives in the US.  Hopefully there will be some available to buy.