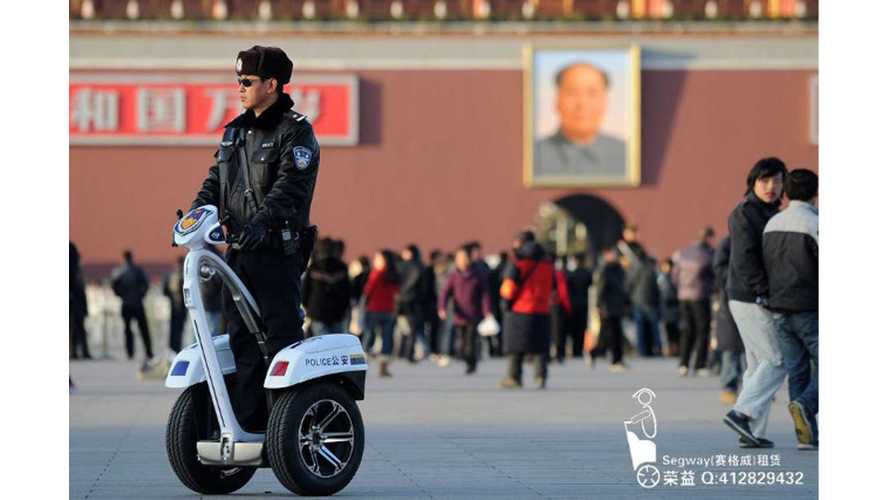 What can you do if you get sued for copying tech?  Well, one option is to buy the company suing you.

In a story originally from Reuters, the basic details:

Chinese transportation robotics firm Ninebot said on Wednesday it has acquired U.S. rival Segway Inc, the company behind the self-balancing scooter that became a technological marvel when it was launched in the early 2000s but whose hype then faded.

Financial details of the deal were not disclosed, but Ninebot Chief Executive Gao Lufeng said at a press briefing in Beijing that Chinese smartphone maker Xiaomi Inc and venture capital firm Sequoia Capital China, among others, had invested $80 million into Ninebot to help finance the acquisition.

The acquisition comes about half a year after Segway named Ninebot in a patent infringement complaint in September 2014.

This purportedly represents a new direction for Chinese companies:

"I have long thought Chinese companies should have more courage," said Shen, one of China's most prominent tech investors. "This acquisition is a display of Chinese self-confidence."

This puts Segway at the end of a 14-year line that started with huge buzz, and slowly fizzled out as a very expensive, mildly practical self-balancing tech gadget that steers by the rider shifting their weight.  It was developed by inventor Deah Kamen and built in the New Hampshire (US) facility.

There has been a lot of coverage, but one of the more interesting stories is on the Shanghaiist: Chinese 'Segway copycat' company buys Segway.

If Ninebot sounds familiar, you may remember our piece: Silly Scooters, Seg-Things, Ninebot One, and Big Chuck in China (and videos), but this deal will give Ninebot "the most comprehensive lineup of products in the industry", according to Ninebot Chief Executive Gao Lufeng.