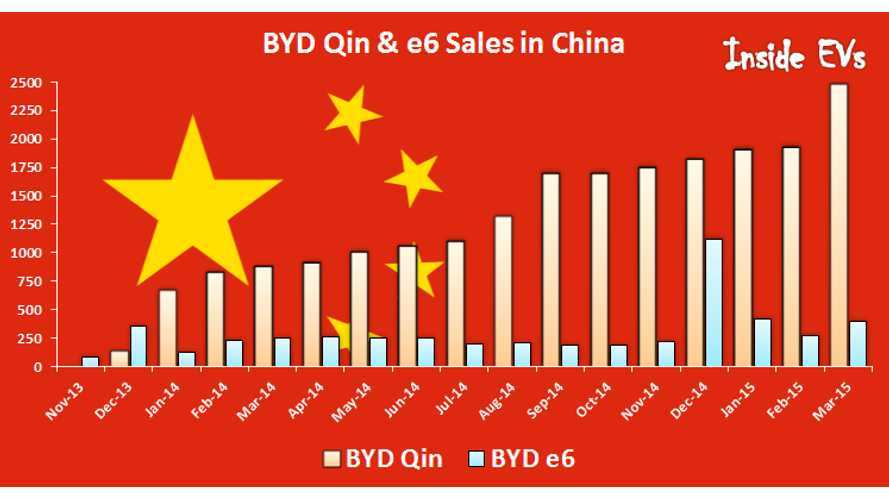 BYD Qin remains the most popular model and last month it set a new high of 2,470 sales! 6,319 sold YTD is more than next three top-selling models combined.

Tesla Model S seems to getting wind and this year so far Tesla moved 1,329 Model S - on average 443 a month.

The difference between the Model S and the best selling all-electric car isn't much and it seems Tesla could still reach the top spot among BEVs in China.