Amsterdam Is Electric Taxi Capital Of The World (w/video) 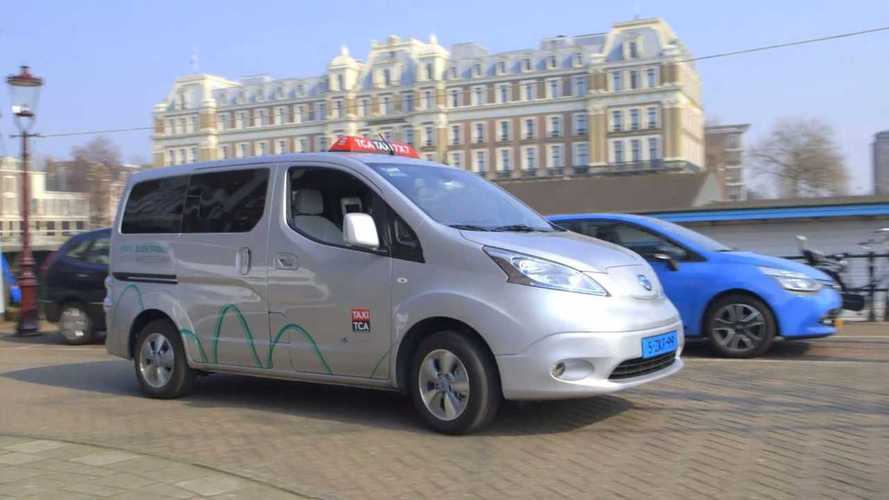 According to Nissan, Amsterdam is the electric taxi capital of the world.

Three companies, Taxi Electric, Connexxion and TCA operate more than 170 Nissan LEAF and e-NV200 electric vehicles for private hire by hotel and airport clientele, businesses, and those with restricted mobility.

We note that there are 167 Tesla Model S taxis at Schiphol Airport too.

Taxi Electric began in 2011 and now has 22 LEAFs - each one was bought with 10,000 euro per vehicle of local and national subsidies.

“In 2011, we started Taxi Electric being the first fully-electric taxi company in Amsterdam. We started this company because we wanted to have a major impact in this city.”

“Apparently we had a good idea three years back, because other companies are seeing the potential in EV taxis.”

“Sustainability is a big issue for TCA and we try to make models for our drivers to make also sustainability profitable…The demand for electric vehicles and zero emission vehicles will be much bigger. We think it’s the future,” he says.

“The electric car is very good, it’s very smooth and you don’t hear any noise, any sound, and that’s why a lot of customers like it and we drivers like it, too.”

“The car is very practical because I can fit four people inside and I can fit a lot of luggage…And it’s quite easy to charge. It’s click and play.”

“This sustainability agenda is not just ours. We see with government and local communities that cities want to switch over to more sustainability, and by delivering an active approach that we are able to win more contracts,”.

“Nissan is not only a manufacturer of cars but is a strategic partner able to think with us in the longer term how we do fleet management as Connexxion.”