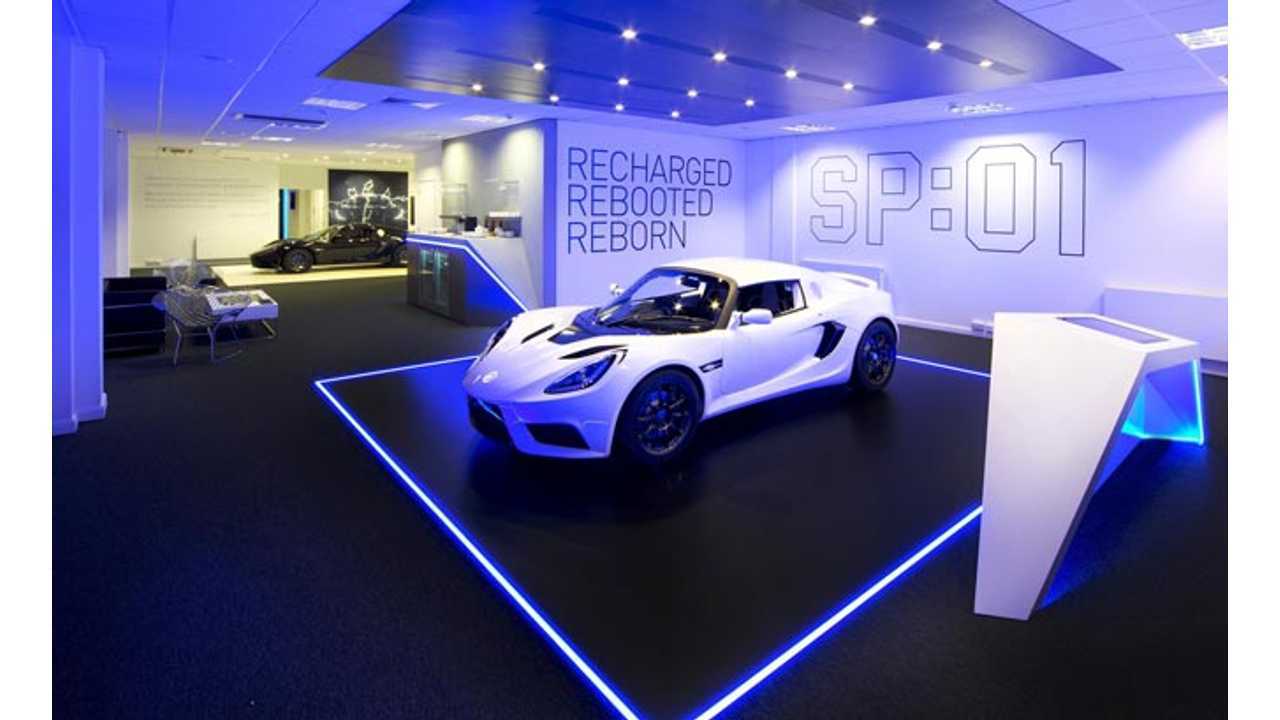 Detroit Electric announced the opening of its first showroom/store.

Located next to the automaker's production facility in Leamington Spa, UK, this first store allow potential buyers to build and order a SP:01 electric roadster on nifty touchscreen displays.

Its resemblance to Tesla stores is clearly intentional.

“Laying down this showroom marker is an important step as we gear up to the start of production of our first model and prepare to roll it out to our first dealers in Asia and Europe.  Our flagship store design reflects the pioneering design and technology values of a brand that can trace its roots back to 1907 – now revived a little over a century later. The showroom is a visually-arresting and stylish environment where a customized lighting theme literally highlights our ‘pure-electric’ clean power product proposal.”

As for the SP:01, production is expected to begin soon, with deliveries slated to commence sometime before 2015 comes to an end.

“The lightweight SP:01 will be the world’s fastest pure-electric production two-seater sports car when it goes on sale in Asia, Europe and North America next year. The SP:01 features a 285 HP / 210 kW electric motor, carbon fibre body panels and manual transmission as standard. An optional single-speed and twin-speed automatic transmission are also available. The SP:01 promises to deliver blistering acceleration, reaching 0 to 60 mph in 3.7 seconds (0-100 km/h in 3.9 seconds) and an impressive top speed of 155 mph (249 km/h).“