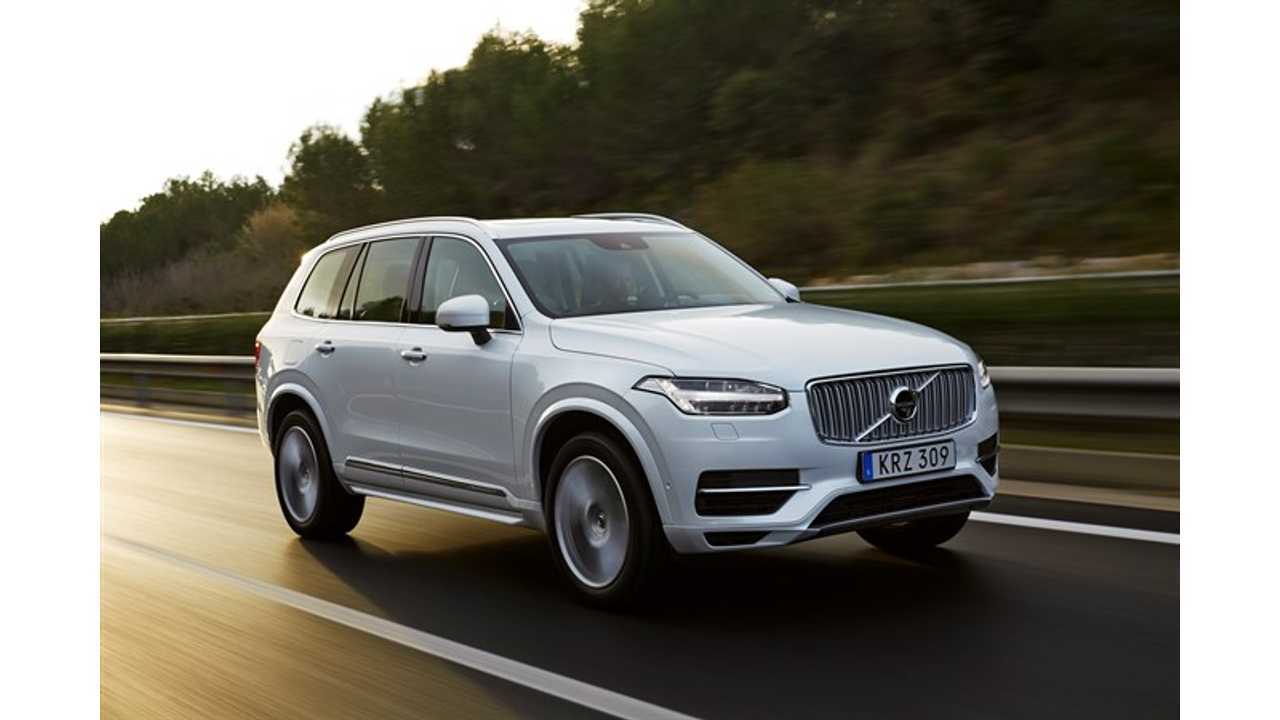 Volvo announced its XC90 T8 Twin Engine extended range SUV will be priced from $68,100 when in comes later this summer to the US.

Billed as "the world’s first seven passenger plug-in hybrid electric vehicle", the T8 can achieve a combined 394 horsepower, making 60 mph come up from a standstill in just 5.7 seconds.

Additionally, we finally also received word on the plug-in's real world electric range, as it will achieve an estimated 17 mile EPA rating in the US.  (In Europe on the NEDC scale it had been rated over 25 miles/40 km).

The XC90 T8 is equipped with a 9.2 kWh battery pack, which means that US buyers who qualify for the federal incentive (or opt to lease the vehicle) are eligible for a tax credit of $4,600, bringing the net price down to $63,500 - a number we think represent a decent value, and should translate into some decent 3-figure monthly sales in America.

Besides the base XC90 T8, two other trim levels will be offered according to the company:

Volvo says that the XC90 T8 is will arrive in North America this fall, but to expect test drives of the XC90 T6 to be available at Volvo retailers shortly (this summer).

The company also outlined the three drive modes of the plug-in for Americans: