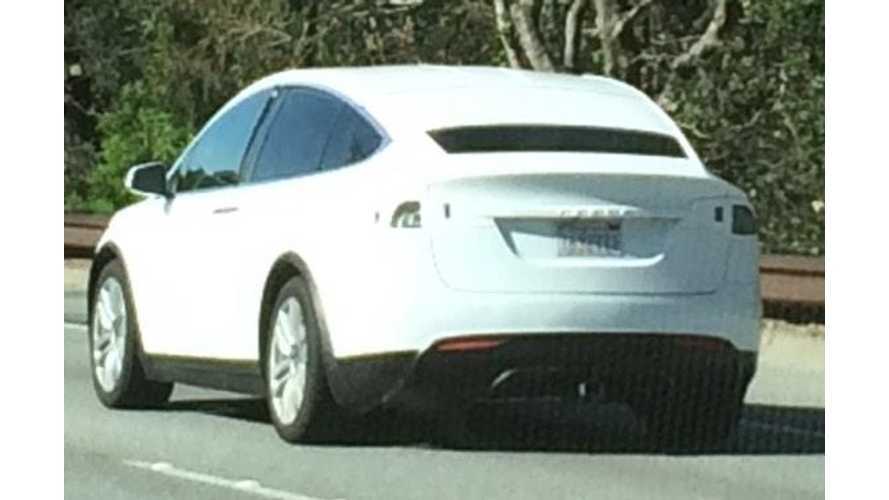 This time it's white, not black.

A couple days ago, John  Donnelly captured images of a white Tesla Model X testing on Interstate 280 in the Mountain View/Palo Alto area of California.

This white Model X, unlike the black one we spotted nearly one month ago,  has some white vinyl wrap on the rear window.

Just like that black X, this white one has a tow hitch and rearview mirrors.

It does appears as though this Model X is more ready for primetime than the black one, which sported lots of tape on its various opening and side mirrors.