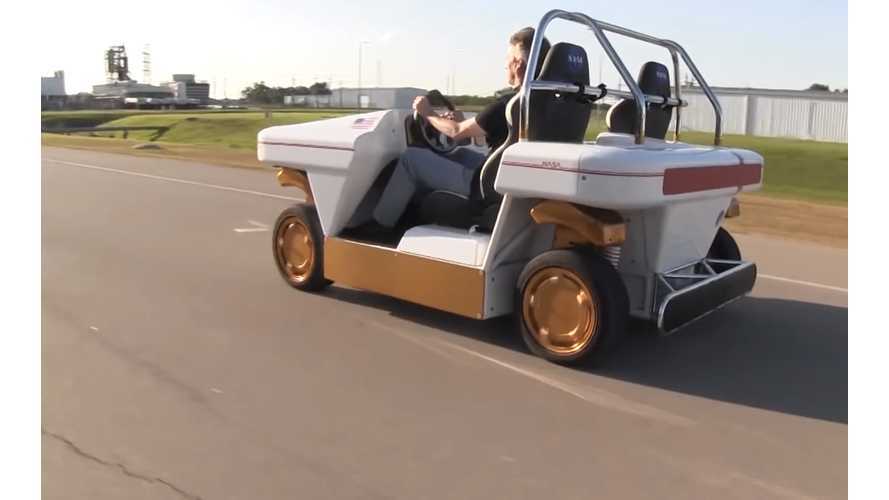 Ever wonder what NASA would design if they decided to build a golf cart?  Here it is.  We call it the "Ultimate Golf Cart, by NASA".  Yeah, but no place for the clubs.  Yet.

...it can park itself

...it can go through puddles.

Details are thin on this thing, but SlashGear says:

"According to NASA, the MRV has a top speed of 40MPH, but it is currently computer limited to only 15MPH, likely for safety reasons. The curb weight is 2000lbs, and it measures in at 7ft. x 5ft. The propulsion motors in the wheels are cooled with liquid, meanwhile. The MRV was made at NASA’s Johnson Space Center."

The project apparently comes out of NASA's JSC Engineering, (read more about them here), and it looks like it's a test bed for an array of terrestrial and extra-terrestrial technologies, like, possibly, the "Space Exploration Vehicle".  Because drifting on Mars?  The BEST.  Here's the complete video: