Nissan LEAF Sales For February 2015 In US Not Great, Company Points To Weather Issues 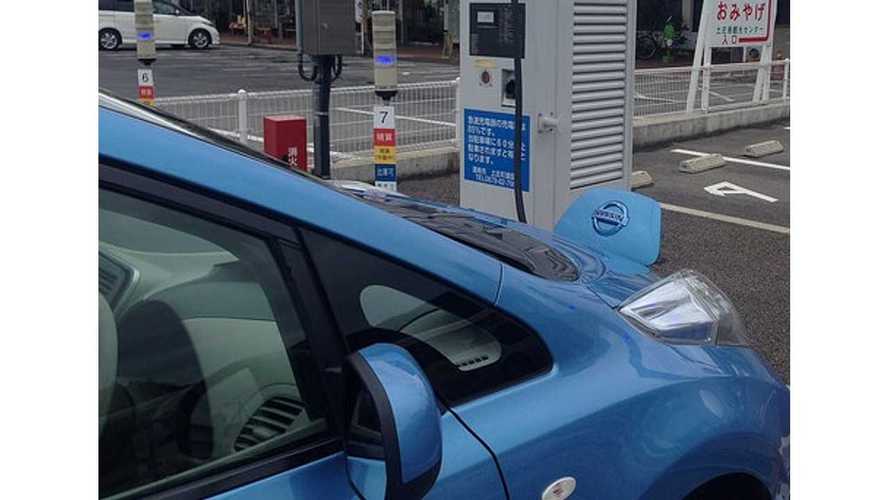 A Nissan LEAF Gets A Scenic Roadside Quick Charge

Last month Nissan had its string of 23 record consecutive months for sales broken when the company sold just 1,070 LEAFs vs the 1,252 sold the year before.

Now in February, Nissan needed to best an even more challenging 1,425 LEAFs sold from a year ago - during one of the coldest months of all-time in the United States.

It turns out Nissan managed to sell just 1,198, which was a 9% increase over January, but a 16% miss from last year's result.

Nissan notes that a pretty crappy winter might have been responsible for some of the drop-off this month:

All-time, the Nissan LEAF has now sold 74,590 cars, which is now an incredibly close race with the Chevrolet Volt for first.  Through January, GM had sold 74,592 Volts.  Given the two cars sales trends, the LEAF should cross the 75,000 level first, at some point next week.

Looking at the historical numbers, Nissan struggled in January to hold the 25% market share of the plug-in segment that had become the norm for the 84 mile LEAF.  Still, if Nissan could manage to hold onto 20% for 2015, we think that would still be a 'win'.

Can Nissan Regain The Historical 25% Share Of The Overall EV Market? With More Plug-ins Every Month Coming To Market, We Doubt It

The one bright spot from the seasonal drag of winter for electric vehicles, is that it gives automakers who do find themselves with an 'in demand' car a chance to play catch-up with national inventories.

For Nissan that means they have 6,000-odd LEAFs on dealer lots around the country, ready to be sold when Spring arrives next month - an all-time high.

Also of note this month, the Nissan LEAF became the first plug-in vehicle to hit the 50,000 sold mark in Japan.

And while the battle for EV supremacy in Japan went uncontested, the title in America is hotly contested as the Chevrolet Volt was first to 50,000, with the Nissan LEAF likely crossing the 75,000 unit mark next week.

Looking ahead to which model will be the first to cross 100,000 cars sold in the United States, the LEAF will certainly build a big lead over the next 6 months, but the question remains "will it be enough" to hold off the longer range, 2nd generation 2016 Chevy Volt (details) that debuts this fall?

In truth, it matter little who actually gets there first, as there is no "loser" in this race - just more plug-in vehicles on the road each and every day...and that's a win for everyone.