Could Buick Soon Be In Line For Its Own Plug-In RWD Sedan? 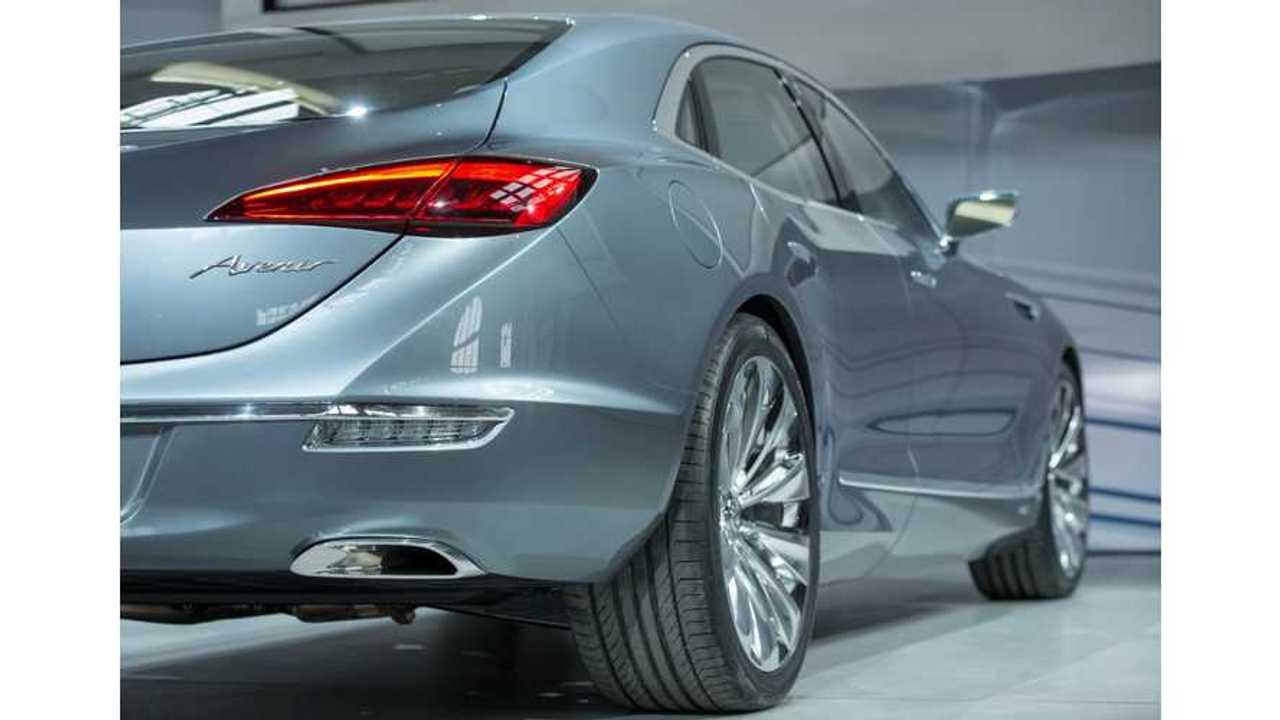 Gone are the days when Cadillac keeps full unique design platforms for themselves.  Vehicles that once rode on the Sigma platform like the SRX, CTS and SRS are now sharing more parts and platforms with other GM vehicles.

So what of GM's new "Omega" platform that underpins the Cadillac CT6, and its plug-in option - which just debuted in China and is expected to get 37 miles of range?  One thing we know is the Omega won't stay unique to the big Caddy.

Inside The Buick Avenir Concept

Since knowledge of a new large RWD platform for Cadillac first surfaced, it had been anticipated that Buick would also benefit from its development at some point.

But when the Buick Avenir concept sedan showed up in Detroit this year for the NAIAS, it pretty much seemed like a done deal.  Especially because Buick outsells Cadillac by more than 12 to 1 in China, and 5 to 3 in the US.

Mr. Reuss was quick to point out to Auto News that the Buick version of the CT6 would unlikely be just a re-badging, especially for China, noting that the Buick "might not use the exact same underpinnings as the CT6, which is an amalgamation of aluminum, carbon fiber, high-strength steel and other materials.

“Whether it would be an identical version of that platform or not is a different conversation. But generally speaking, that’s right. We’re looking at it.”

Obviously, if the Cadillac CT6 is indeed being re-engineered for other GM brands such as Buick, the plug-in option would be an obvious choice to follow along too.

Tell Us This Rear Seating Doesn't Scream "Hey China, Look At Me!"