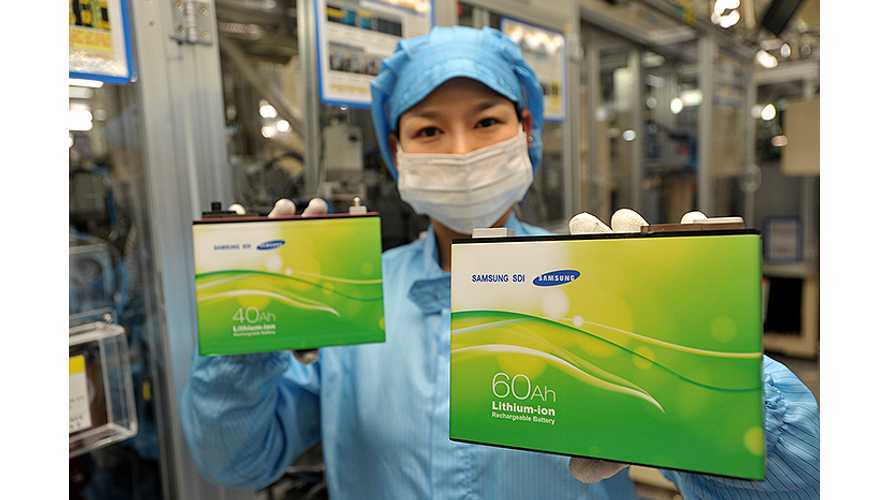 The Korean manufacturer is already supplying BMW with lithium-ion batteries for both the i3 and the i8.

For the plug-in, extended range X5, Samsung SDI produces 9.0 kWh worth of cells per copy.  That battery provides 13 miles (US EPA) of all electric range for the big SUV.  (For Europe, the plug-in has a 31km/19 mile NEDC range rating).

More details on the X5 xDRIVEe40 can be found here.

Recently, Samsung SDI acquired Magna Steyr's battery pack division, which could be related to the contract with BMW.

"Local industry insiders and IHS, a global market researcher, speculated that the recent purchase of Magna Steyr's battery pack division has opened the door for the South Korean company to strengthen its corporate ties with the German luxury carmaker. Magna Steyr is the subsidiary of Canadian car parts maker Magna International.

U.S.-based IHS said that under an earlier agreement reached between Samsung SDI and BMW, the former is expected to increase shipments of battery cells by at least 20-30 percent until 2016.

This arrangement could mean that Samsung SDI will be shipping batteries not only for BMW's i3 small electric vehicle (EV) and i8 plug-in sports car but also the X5 eDrive to be released later in the year."

It seems Samsung SDI is BMW's supplier of choice for battery-related deals.