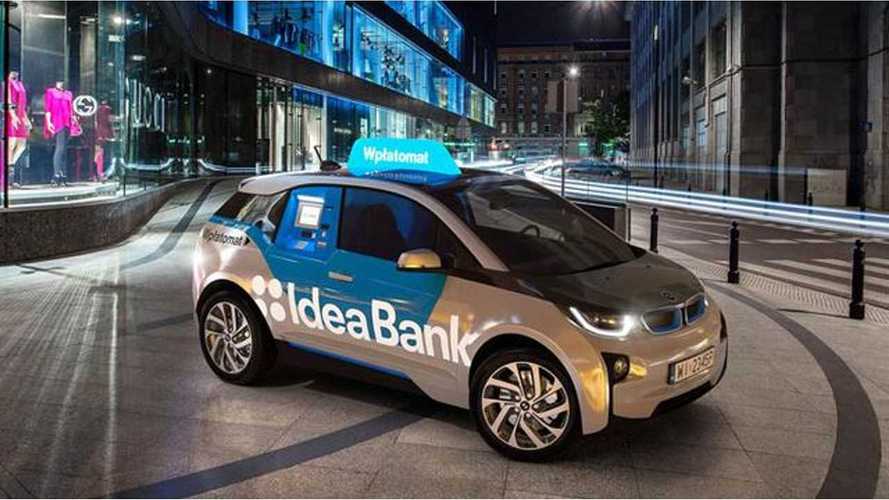 We are accustomed to EVs as very efficient cars that save owners some money, but as it turns out some electric cars provide money like ATMs! Literally!

Recently, EMotorWerks unveiled the JuiceBox charging station ATM, but that was on April 1.  Meanwhile, the EV ATMs exist for real!

Idea Bank in Poland introduced several mobile ATMs, using BMW i3s to collect cash from entrepreneurs around the city or withdraw their money.

"The bank has outfitted four electric BMW i3 automobiles with built-in cash depository ATMs that can be called upon by small businesses using the IdeaBank Money Collection app for Android and iOS.

Entrepreneurs can also make an advance booking by entering the desired time and location of the service delivery and observe the car’s current position on a map.

Research conducted by Idea Bank has shown that one in three business owners use only cash transactions, and the remaining two use both cash and different methods of payment. Eighty percent of the respondents deliver their money to the bank in person, often doing so in the evening hours."

The first i3 ATM was launched in the capital Warsaw. The ATM has its own power supply, separate to i3 REx's battery pack.

"Entrepreneurs who personally deliver their income to the bank or a stationary CDM waste both their time and money. Our service aims at lifting that weight off their shoulders,".

"Depending on popularity, the service will be extended to other cities across the country."