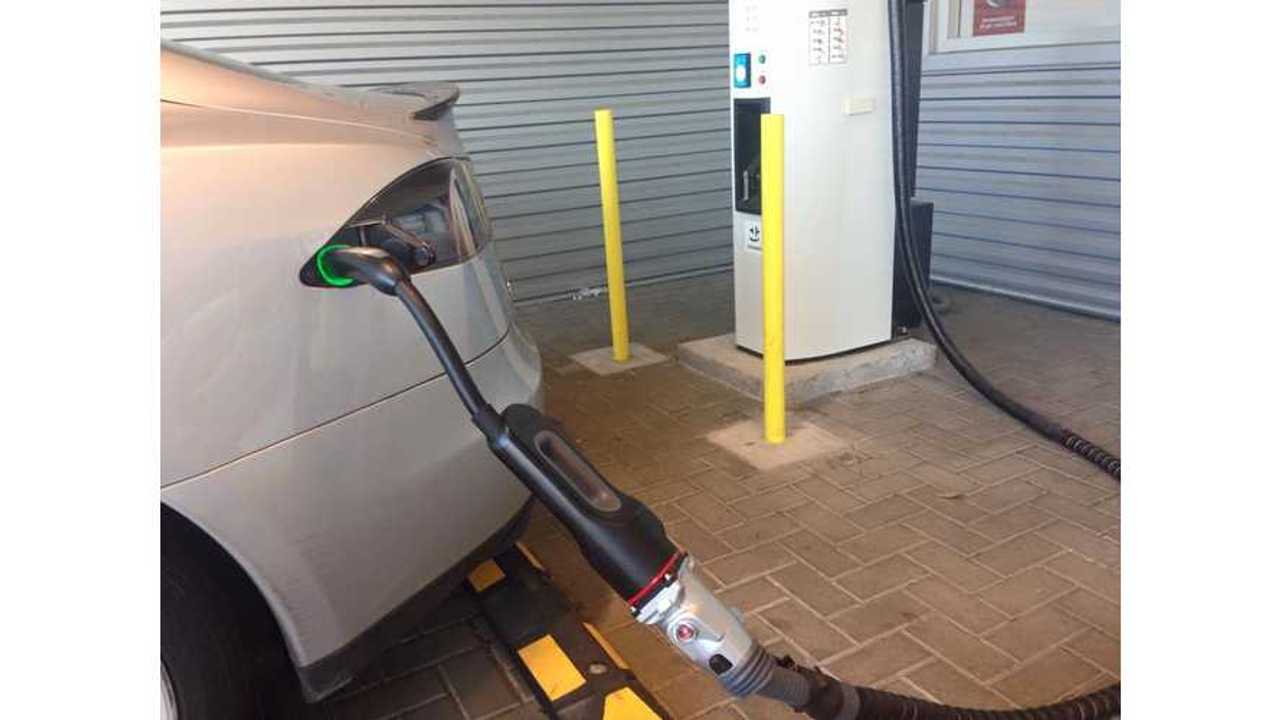 Some Tesla Model S owners have been waiting for the arrival of the "eternally delayed" CHAdeMO adapter. Finally, few owners in Metro Atlanta (and elsewhere across the U.S.) have received the long-awaited package.

Matthew McInerny did just that and took his brand new adapter for a fresh spin at one of the Nissan Dealerships in Metro Atlanta. This test was at a dealership charger connected to the new NRG eVgo network, therefore allowing anyone with a CHAdeMO connector and the right access card to charge. This migh eventually become an issue at some point, but the Tesla Model S is now fully capable of using the DC CHAdeMO connections at up to 50 kW.

The image below shows a draw of 37 kW, but that low figure is probably due to some very cold temps Atlanta has experienced recently.

The reason Matthew purchased the CHAdeMO adapter was to expand his ability to reach destinations not currently served by Tesla's Supercharger Network and it seems this adapter will do the job!