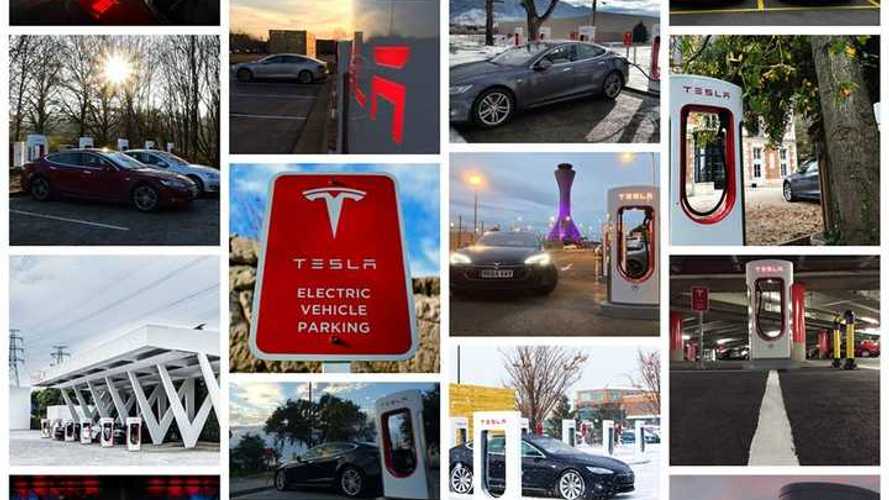 The magical number of 2,000 has been achieved:

Check out the brief Tesla blog post and nifty infographic below for more on Tesla's Supercharger achievements.

Model S drivers enjoy the convenience of plugging in at home or at the office so they’ve always got plenty of charge for their daily driving needs. Tesla’s global Supercharger network makes road trips exceptionally easy and delightful. At Superchargers, Model S owners traveling far from home can get half a charge in as little as 20 minutes – completely free. Superchargers are typically located next to amenities such as cafes and shopping centers so you can stop for a quick meal or shopping break while your Model S charges. Every Model S with an 85 kWh battery includes Supercharging, and it can be added to any 60 kWh Model S.