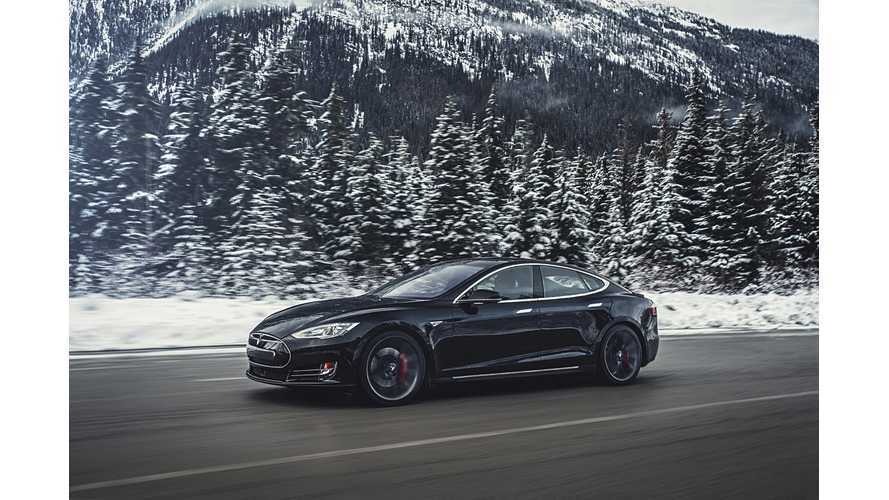 "Many will look at the raw figures, do the maths and, with a tinge of regret, allow head to overrule heart. Those who don't will be picking one of the most remarkable production cars on sale today."

States Autocar in its review of the Tesla Model S P85D.

Autocar discusses specs of the P85D, as well as features before going on an acceleration run… Here is what Autocar says:

"To activate the P85D's full potential, you press a button on the huge central touchscreen marked (and I'm serious about this) 'Insane'. And that's pretty much how it feels."

"Tesla's acceleration test track was a well-abused mixture of greasy cold asphalt and coarse gravel, but the P85D still managed to deliver a level of acceleration that would be difficult for anything else to match in the same conditions. It's the initial punch that does it - the kind of uncompromising shove from 0-30mph that comes with the torque characteristics of electric motors in general, now mixed with four-wheel drive."

The entire review is quite positive really.

We encourage you to check out Autocar's review on the P85D by clicking here.

Tesla Model S - Next Gen Seats for P85D only.