Tesla To Pay Average Of $25 Per Hour For Gigafactory Jobs 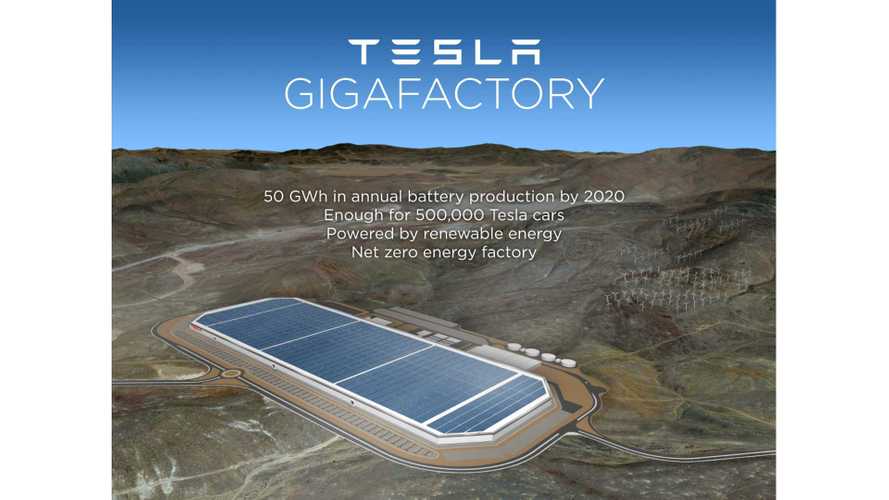 Reports state that Tesla Motors will be paying employees (about 6,500) an average of $25 / hour at the upcoming "Gigafactory".

However, Tesla denies the accuracy of these reports. Tesla Spokeswoman, Khobi Brooklyn stated:

"We did submit an application to the state of Nevada last October which included projections of average hourly wage costs for its operational workforce that were informed by regional wage trends."

It's claimed that Tesla employees who build the Model S in Fremont, CA start at $17 / hour.

Once more, the word "average" is stamped all over this. Out of 6,500 people, lots will make more than $25 per hour and some less.

A Reno newspaper reported that nearly 5,000 gigafactory employees will start at just under $23 / hour, while techs will be ~$28, and Engineers and / or top-end staff will be over $41 / hour. So, perhaps this average $25 per hour number will be accurate.

The CEO of the Economic Development Authority of Western Nevada, Mike Kazmierski, mentioned that the $25 dollar figure is increasing what other employers near Reno, NV are paying.

"Three years ago, a support call center paid $10, $11, $12 an hour... We're basically saying, if you're not paying $12 to $15 an hour, you probably will go somewhere else. That's part of the reason why we talk retention of workforce as a priority for us."

Professor and labor economist at the University of California Berkeley, Harley Shaiken stated:

"The battery is key to the future of Tesla as a mass market producer. On one hand they want to attract the best and the brightest, but on the other we don't know what the benefits are."

The director of the labor and industry group at the Center for Automotive Research in Ann Arbor, Kristin Dziczek stated that this average hourly pay is likely to not cause any raises for Detroit's Big 3 employees (Ford, GM, Chrysler), as many of them are union workers, while Tesla employees are not.  Dziczek did state that Tesla is paying its employees more than LG Chem, producer and assembler of lithium-ion batteries.