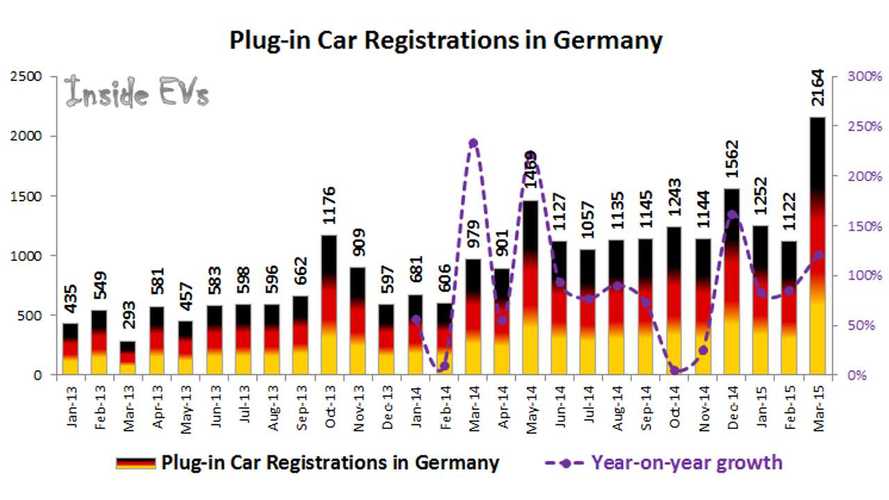 March 2015 was the best-ever month for plug-in electric car sales in Germany - by a lot.

Most of the sales came from battery-electric cars - 1,278, but plug-in hybrids are growing much faster year-over-year, and reached 886.

The best selling model last month was the Nissan LEAF, which had a record high 409 registrations! But total BEVs sold by Nissan stood at 461, which indicates 52 e-NV200 were sold.

The second best model was Mitsubishi Outlander PHEV at 243, and finally the Tesla Model S, with 211 registrations managed to take 3rd place.

Some other models (UPDATED):