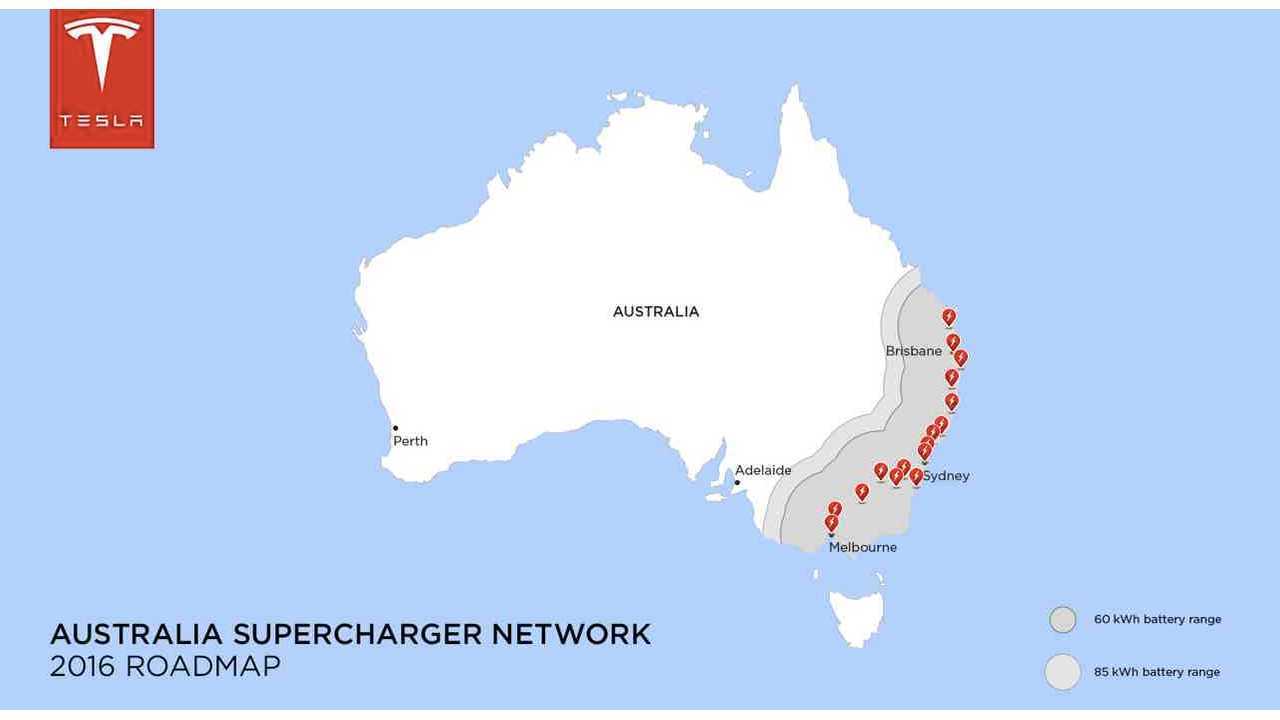 Tesla Motors has opened its first Supercharger in Australia and laid out more detailed plans for future sites.

Electric vehicle manufacturer Tesla Motors has unveiled the first location of its regional super-charging network in Australia, with the announcement that eight renewable energy-powered supercharging booths will be installed at the Goulburn Visitor’s Centre.

The confirmation of the Goulburn address is the first in what is expected to a country-wide network of super-charging stations, which will add around 270kms to the range of the Tesla S, for no charge, and in just 30 minutes.

The first stages of the network – connecting Melbourne with Brisbane and the Sunshine Coast – were unveiled last year. Albury Wodonga is also a confirmed site, although the exact details have not been released.

At this time, Tesla has no plans to Supercharger Australia's western half.  The automaker intends to focus only on the east coast of Australia, at least through the end of 2016.

"The Goulburn installation will be powered by renewables. The visitor’s centre (pictured below) already has a large rooftop array, but Tesla will be mostly green-power for this particular installation."

The Tesla Model S officially went on sale in Australia on December 9, 2014.