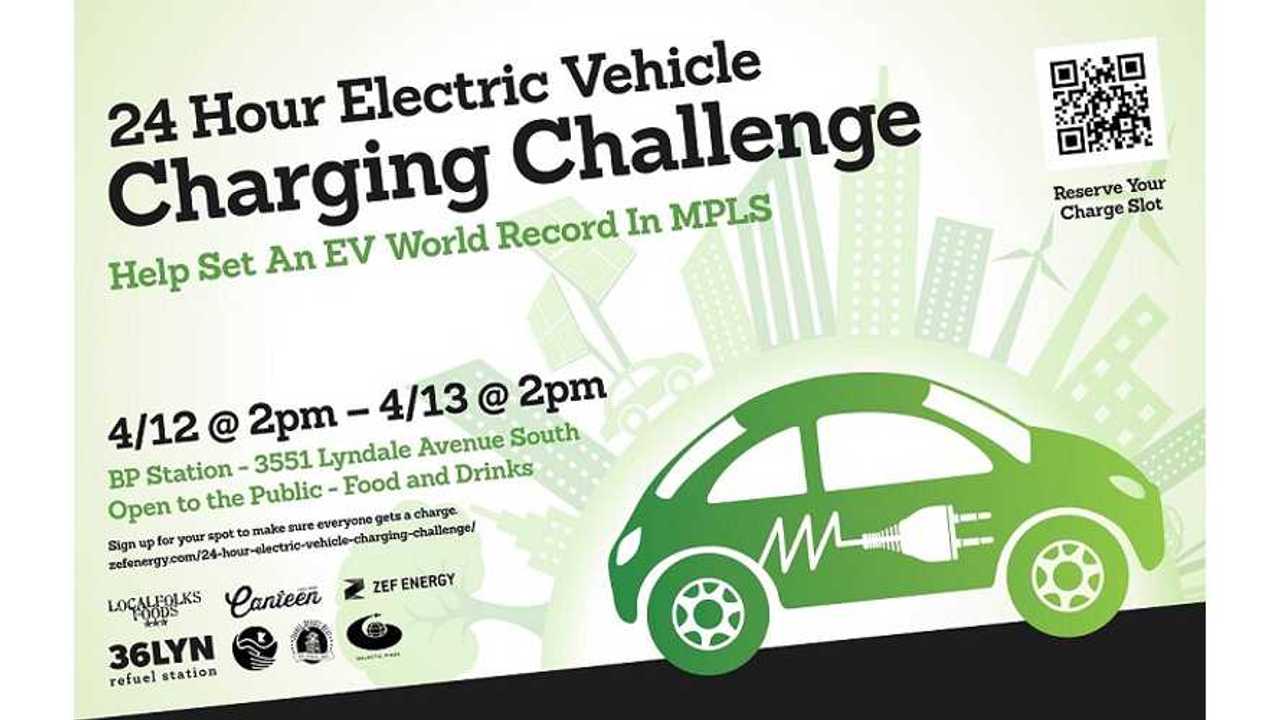 24 Hour Electric Vehicle Charging Challenge at the 36LYN Refuel Station in Minneapolis is already behind us and now we can see photos and videos from the event.

There are a lot of cars out there that can be charged using CHAdeMO, Combo or with CHAdeMO-adapter for Tesla.

Enthusiasts didn't give in to the rain nor the wind.

The remaining question is how many cars were fast-charged and whether or not a Guinness World Record was set? We don't know just yet, but we're waiting for the answer on the web, Facebook or Twitter.

"After months of planning, the 36LYN Refuel Station in Minneapolis, MN unleashed its 24-hour electric car recharging challenge on April 12th and 13th. Featuring local food vendors, electric bicycle demos, and lots and lots of electricity, the event highlighted the station's new and revolutionary Fast Charging Station while aiming to set a Guinness World Record for number of electric vehicles charged in a 24-hour period. Produced by Lindsey Nelson."

Relatively speaking, there are a lot of fast chargers in Minnesota already (and 4,000 EVs):