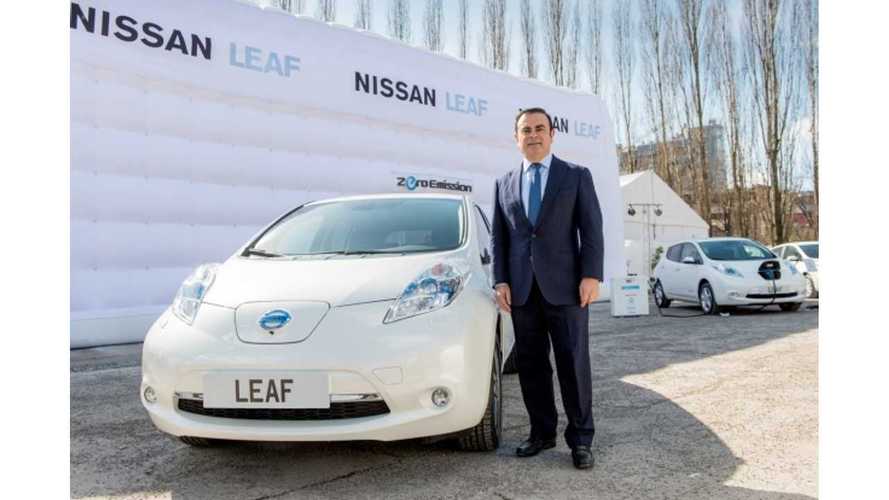 Specifically, Ghosn was asked whether or not the volume of LEAF sales support Nissan's massive investment in battery manufacturing in the U.S. Ghosn responded:

"Selling 50,000 EVs in North America should not be, in my opinion, a task which is beyond our capacity. I feel very good about the capacity we have today."

According to Ghosn, the main roadblock for EVs is the U.S.' lacking charging infrastructure:

The infrastructure issue is problematic, mostly because it's so time consuming to build it up:

"Unfortunately, it's decisions made by government, and execution made by the states, the cities and the communities, which means that we're going to have to be patient."

Ghosn was questioned about the LEAFs range too. According to Ghosn, range is not the issue, but infrastructure certainly is:

"So I don't care about the car driving 300 miles.  The main problem is the charging infrastructure, OK? The range is going to help, but it's not going to solve."