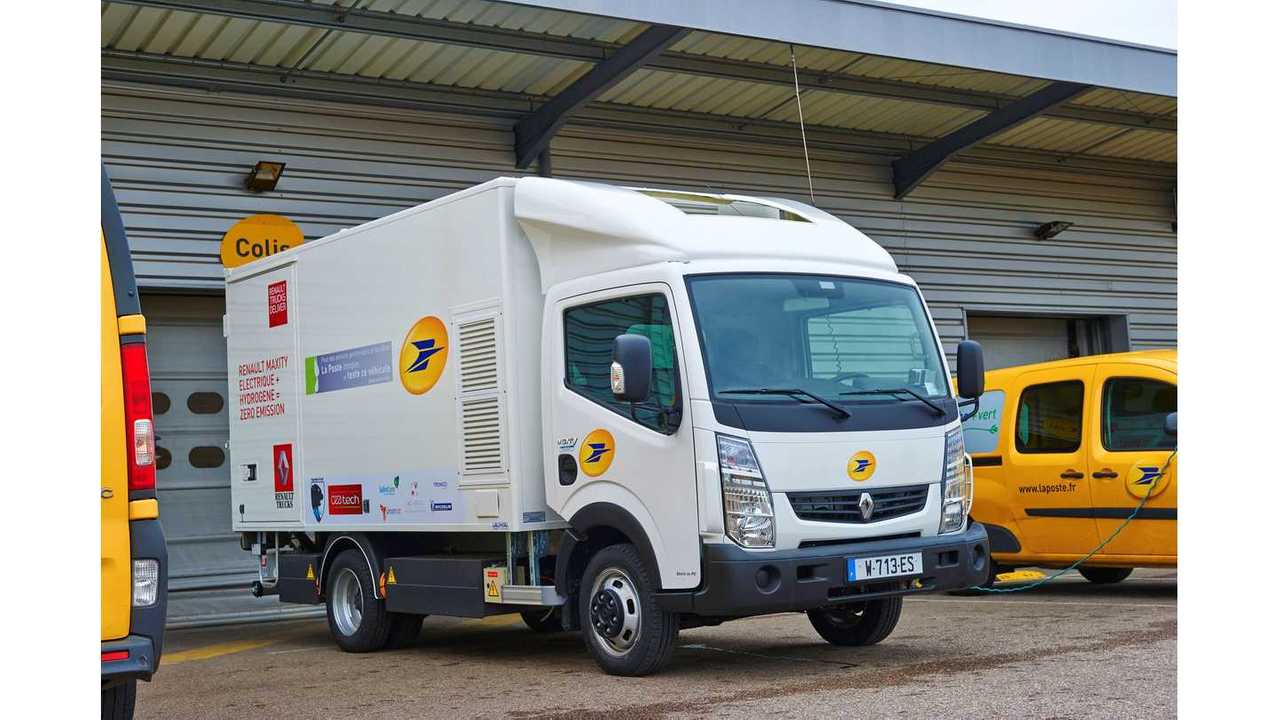 French Post Office "La Poste", which owns the world's largest fleet of electric cars (several thousand Renault Kangoo Z.E.s) together with Renault Trucks launched tests of the first electric truck with a hydrogen fuel cell range extender - probably one of the better examples of where this technology ultimately can find a home.

The choice fell on Renault's 4.5-ton Maxity Electric truck, equipped with a 42 kWh battery pack and 20 kW hydrogen-powered range extender from Symbio FCell.  The vehicle will be used in the city of Dole (France's Jura Department).

"Renault Trucks is for the first time ever demonstrating in partnership with La Poste a Maxity Electric model in Europe designed with a hydrogen-powered fuel cell, developed by Symbio FCell, that serves to double the vehicle's autonomy. This field test, scheduled to last a year, will enable Renault Trucks to explore all potential avenues of hydrogen technology under actual operating conditions."

"Renault Trucks has configured its 4.5-ton Maxity Electric vehicle to accommodate a fuel cell, with the development and vehicle integration steps being carried out in partnership with the firm Symbio FCell. As a result, Maxity Electric's average autonomy of approx. 100 kilometers has been bumped up another 100 kilometers thanks to energy supplied by the fuel cell. "When the vehicle is running, the electric motor is fed by two complementary energy sources; the fuel cell is capable of delivering a maximum power of 20 kW and, once that threshold has been reached, the batteries kick in to supply whatever power is still required. When idle, the fuel cell is available to recharge the battery as needed", points out Christophe Vacquier, supervising the project. The heat released by the cell is then reused to warm the passenger compartment, which avoids having to consume any energy stored in the batteries, thus helping ensure longer autonomy. Mr. Vacquier further highlights the cell's mode of operation: "The formation of water from oxygen in the air and hydrogen stored in the tanks triggers the production of electricity and heat, in accordance with the reverse principle of water electrolysis." 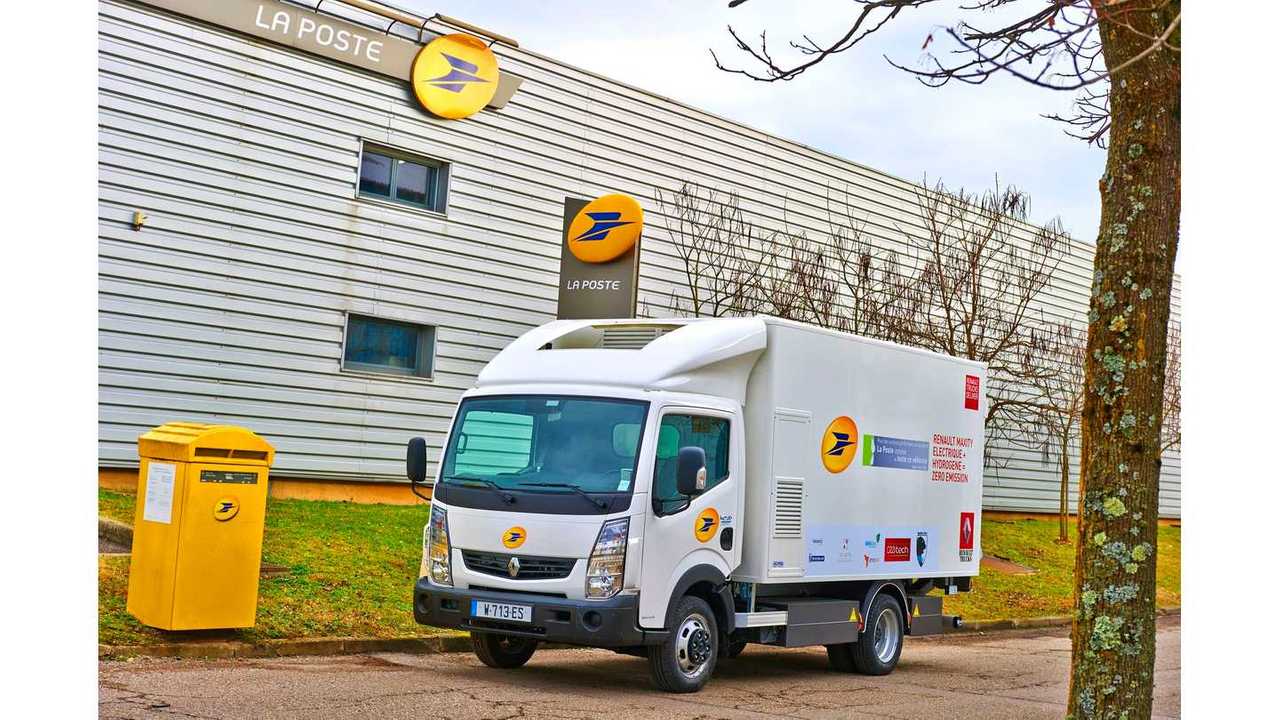 "This vehicle generates no noise impacts and only releases water vapor; 200 kilometers of autonomy make it the ideal choice for a daily schedule of urban and suburban routes. Our purpose behind this project is to support European metropolitan areas in their goal of limiting air and noise pollution emissions, through testing innovative vehicles that produce zero emissions and that in the near term should become economically viable for our customers."

- Vehicle registered under the N2 category. - Authorized gross weight: 4.5 tons, certified in France at 3.5 tons + 1 ton, by virtue of special regulations favoring "clean-burning vehicles" (operated with a "B" driver's license): the extra 1,000 kg has been authorized as a declared additional rated weight, owing to the deployment of a "clean" alternative technology. - Payload: 1 ton. - Heating of the cab: heat released by the fuel cell or a CTP type electrical resistance when the cell is idle.

- The Maxity H2 truck will be delivered to the Dole platform around mid-February. The test is scheduled to last one year so that the vehicle's capacities can be fully assessed during all seasons and in order to generate pertinent feedback. - The vehicle will be used on a mail and package collection route. - This route is mainly rural and covers a distance of approx. 70 km.

- A postal employee and her substitute have both been trained to drive this vehicle."