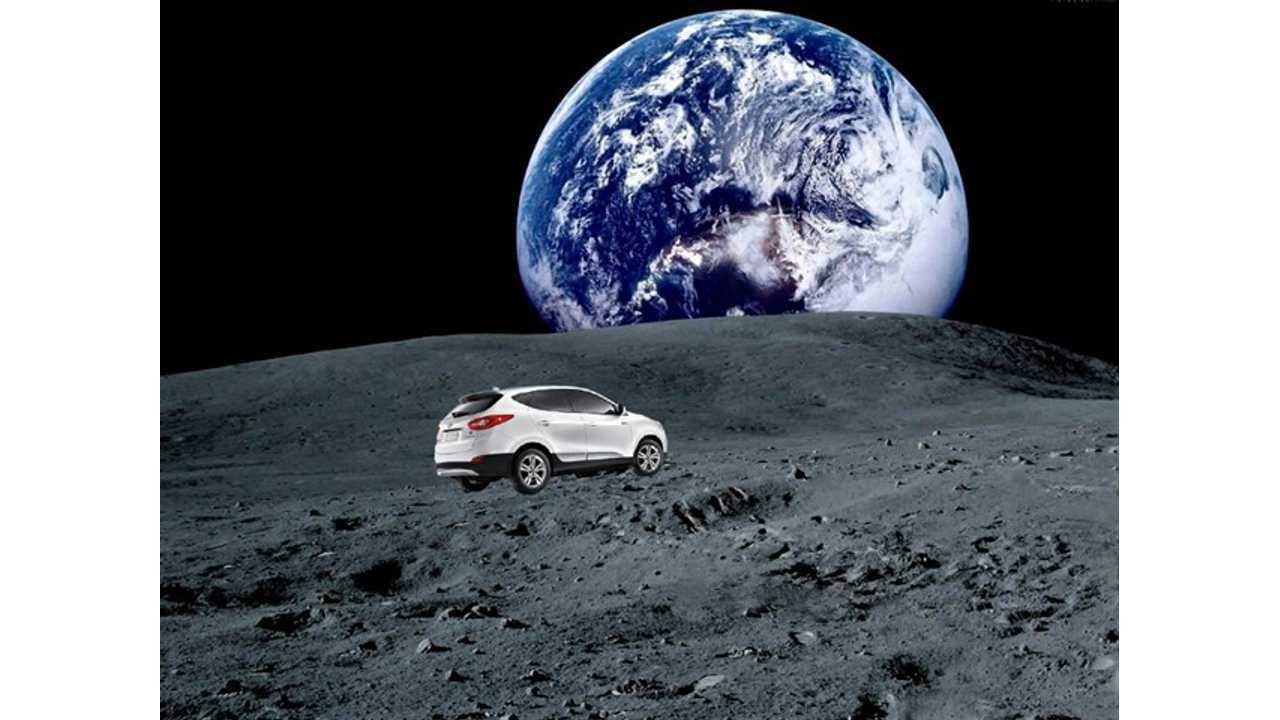 238,900 miles is the average distance from the Earth to the Moon, hence the reference to the Moon.

By the way, the Korean manufacturer revealed that since June 2014, it delivered over 60 Tuscon Fuel Cell vehicles. Despite only delivering 60 units thus far, Hyundai is considering this model as "the first mass-produced fuel cell".

"Hyundai Tucson Fuel Cell drivers have surpassed an impressive threshold, recently accumulating more than 238,900 miles on the roads of Southern California, all while emitting only clean water vapor. The average distance from the earth to the moon varies with the lunar orbit, with 238,900 miles as an average estimated distance. Hyundai has delivered more than 60 Tucson Fuel Cells since its introduction as the first mass-produced fuel cell in the U.S. market in June 2014."

“Surpassing this fundamental stellar threshold gives us a glimpse into the unlimited zero-emissions potential for Hyundai fuel cells. If a small fleet of hydrogen-powered fuel cell vehicles can accumulate this kind of mileage in just a few short months, one can only imagine the potential for a zero-emissions hydrogen vehicle future.”

Range of the Hyundai Tuscon Fuel Cell stands at some 265 miles:

The Hyundai Tucson Fuel Cell CUV has a number of advantages. The energy-rich hydrogen fuel provides an estimated driving range of 265 miles between fill-ups, similar to many gasoline vehicles. Further, both fuel cell driving range and vehicle performance are minimally affected by either extreme hot or cold ambient temperatures, giving owners an extra measure of peace of mind as they go about their day. Even more important for consumers transitioning for gasoline vehicles, the Tucson Fuel Cell can be refilled with hydrogen in about the same time as a typical gasoline vehicle of the same size, less than 10 minutes.

Finally, fuel cell vehicles, due to their compact, relatively lightweight fuel cell stack design, are completely production scalable from very small to very large vehicles, such as urban-focused mini-compact cars all the way to full-size buses and trucks."