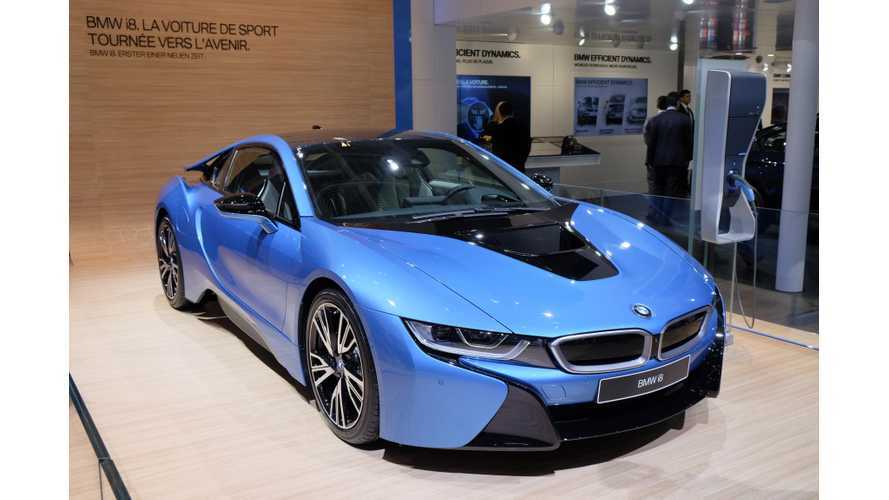 A recent Cheat Sheet article suggests that "some automakers struggle to sell electric vehicles priced near $20,000 after incentives," but concludes that "the high end of the segment is booming."

The article cites Tesla's recently announced Q1 sales of 10,030 units and BMW's announcement of doubling i8 production to support its claim that the high-end of the electric car segment is "booming."

Tesla’s best-ever quarter had the company selling 10,030 models of its Model S, a car with a starting price between $75,000 and $105,000. Estimates vary, but most industry publications agree Tesla sold half those models to U.S. buyers, with 77% of California buyers earning over $100,000 per year.

According to BMW, demand for its i8 ($137,500) will never be met, even after the company agreed to double production volumes to try and reduce the long waits (previously, over four months) for consumers hoping to get their hands on a copy. The 2015 World Green Car is officially a hot commodity.