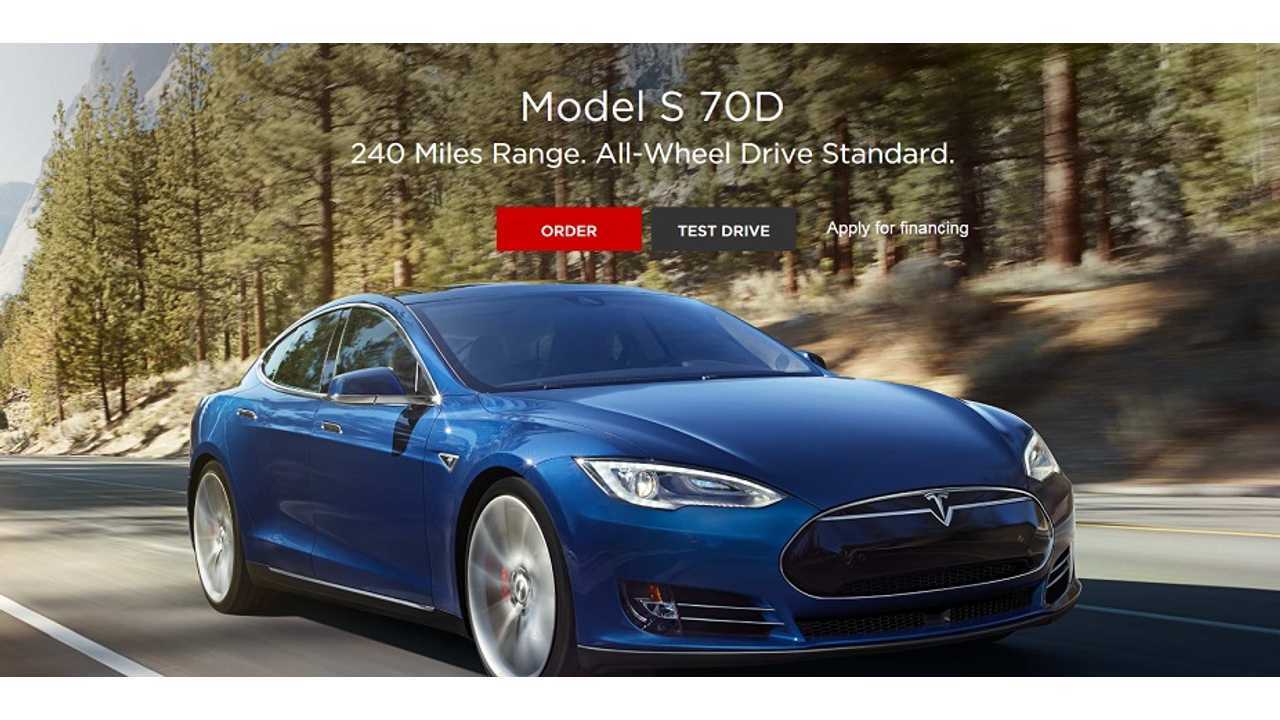 There's no denying that the Tesla Model S 70D is the clear value leader in Tesla's lineup, but is the 70D positioned price and feature-wise to steal sales from the more expensive 85D and perhaps even the P85D?

At least one analysts seems concerned that Tesla's introduction of the 70D will actually lead to less sales of the more expensive Teslas.

"Consistent with our recent downgrade, the new 70 makes the upgrade to the 85D less compelling now and could cannibalize sales of the more expensive model in our view."

"This would obviously weaken the mix this year, which hits at our concerns around the margin pressure and downward earnings revisions that could happen in the second half of 2015."

While this viewpoint might to true, we're thinking that the introduction of the 70D will actually bring in more buyers who previously wouldn't have considered Tesla's lowest-priced offering (60 kWh) simply because it wasn't all-wheel-drive.  Yes, some potential 85D buyers will now instead opt for the 70D, but the end results of releasing this new model is probably going to be more overall sales for Tesla, not less.

And who is to say something like a 100D isn't in the offing shortly as well (perhaps replacing the 85D) when the Model X launches in the 2nd half of this year?   It doesn't seem entirely unlikely, especially given Tesla's steady trend of upgrading the Model S over time, while discontinuing the older product.